Dr. Oz warned of the dangers of identity theft on his show today. Thieves are not only after financial records, but insurance records.

Dr. Oz talked to John Sileo, a former CEO of a company. His company was destroyed when a thief stole his identity and embezzled $300,000 from his clients. So John made it his mission to warn other people about identity theft.

He warned that these thieves are now after our medical records for our health insurance information. 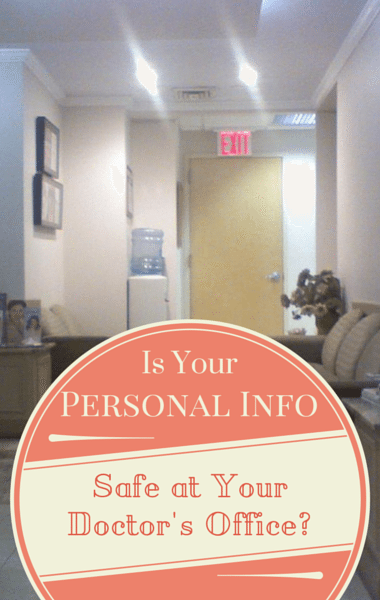 Dr. Oz talked about how to protect ourselves against identity theft and why thieves might be after our medical records, as well as our financial ones. (consumerist / flickr)

Dr. Oz also talked to Nikki Burton, who had her identity stolen. At 17, she tried to donate blood at the Red Cross, but their records showed she had HIV. She was shocked, because she had never had HIV. It turned out that a man had stolen her identity and used her records to obtain treatment for HIV and that’s how that information got into their database. It took her six years to get rid of that diagnosis from her medical records.

John Sileo said we should share our information with care. Ask your doctor’s office if they really need your social security numbers. He suggested we just put our last four. He said we should only give it if we have to. He also suggested we monitor our records by looking at the explanation of benefits we’re sent in the mail or ask for copies of your medical records from your doctor’s office to see if something has changed.

Also make sure to monitor your finances with a website called annualcreditreport.com.

John also explained how our identity can be stolen at the ATM. Thieves use a card scanning machine that looks just like the slot you normally slide your ATM card into, which they stick with two-sided tape to the front of the ATM. You use the ATM as you normally would and get the money you need and think there’s no problem. But the device they’ve added to the ATM scans your card and steals your information. The thief can then make an exact duplicate of your card and drain your account.

John also warned against clicking links in texts or emails from strangers. Dr. Oz clicked a link from an email he thought he recognized while he was on his phone. This email turned out to be from John, who demonstrated how clicking an unfamiliar link can give thieves access to your information.

John called up Dr. Oz’s texts to his wife, one of which he read on air, and also proved that he knew Dr. Oz’s bank password. Thieves use scams like this to gain access to your entire cell phone. Once you click the link, they have access to whatever you do next on the phone: phone numbers, your bank information, your login names and passwords, and so on. They can also do this to your computer.

Always make sure you know who sent you the link before you click it.