Dr. Oz talked on his show about how anyone can have a stroke, not just older people, despite the popular perception. He spoke to three women who had strokes when they were young. Strokes are happening more often to women in their 20s, 30s, and 40s. Jennifer had a stroke in her 20s. She had no risk factors. She was young and active. Megan was on the pill and thought she was pregnant, but it turned out to be a stroke. Diana was 30 when she had her stroke. She’d surfed that day and even done some yoga. But it turned out she had a tiny tear in her artery in her neck. 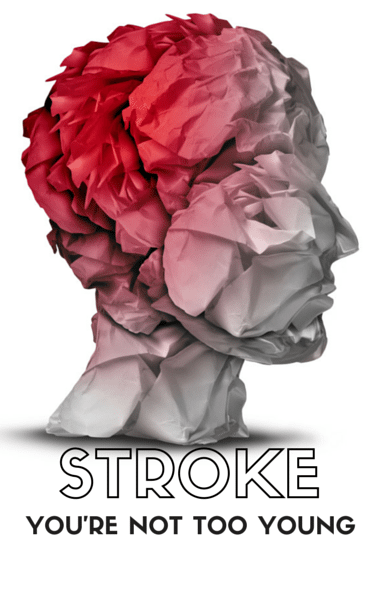 Dr. Oz talked about stroke symptoms for women, both typical and subtle. He also discussed the risk factors that are different for women. (Lightspring / Shutterstock.com)

It turns out stroke is now more common in women. Each year, nearly half a million women suffer a stroke. That’s 55,000 more than men. The average age of a stroke victim is 68, but there’s been a 23 percent rise in stroke in younger women over the last 20 years.

If you’re a woman, you’re also more likely to die from a stroke, partly because your symptoms and risk factors are more different than men and more easily missed.

Classic risk factors include high blood pressure, diabetes, family history, smoking, and obesity. But women must also add to that list migraines, depression, pregnancy, the pill, and drinking soda. Even one glass a day of regular soda, diet soda, or even sweetened fruit juice could increase a woman’s risks.

Dr. Oz: What Happens When You Have a Stroke?

When you have a stroke, it starts with a blood clot. The blood clot forms in a large vessel and travels to the brain. It can get caught in tributaries, the smell vessels that come off the arteries. When it goes there, it blocks off the oxygen and blood that our brain desperately needs. That part of the brain then begins to die.

Depending upon the part of the brain that’s been injured, the symptoms can be varied.

Think of the acronym FAST. The F stands for Face Drooping. Jennifer said that the right side of her face was drooping. When she went to the ER, they told her to smile. She thought she was smiling fine, but she wasn’t. Dr. Oz said that if you see someone’s face drooping and it doesn’t seem to be happening normally, you have to call 911.

A stands for Arm Weakness. This will happen on one side of your body. This happens because the clot blocks blood and oxygen from the brain and the opposite side of the body from the clot will have the symptoms. It’ll be the entire side of the body, from the arm to leg. For Megan, she had this weakness happened when she was holding a bowl. She dropped the bowl and then she tried to drink a glass of water and that was too heavy for her, too. She asked her husband to pinch her and she didn’t feel it. Dr. Oz said a good test for this is to put your hands out in front of you to see if they’re symmetrical.

The S stands for Speech. Diana couldn’t speak when she had a stroke. First, her arm went numb. She tried to tell her boyfriend something was wrong, but the words that came out were just gibberish. Dr. Oz said the doctor might ask you to say, “The grass is green.” If it comes out garbled, then you know you’re having a problem.

T is for Time. The faster you get the help you need, the better your chance for a full recovery.

Dr. Oz talked to Dr. Carolyn Brockington about the subtle signs of having a stroke that women might overlook. These symptom might include blurry vision in one eye, the worst headache of your life, dizziness, coordination problems, disorientation, nausea or vomiting, or even hiccups. These are symptoms that would happen really suddenly and all at once, not over weeks.

I’m not sure what you’re supposed to do if you have speech issues in this scenario, because you can’t exactly say you’re having a stroke if your voice is coming out gibberish. I wish Dr. Brockington had touched on that.