On his show today, Dr. Oz talked to several women whose lives were transformed when they took action to save their lives. First there was a woman Dr. Oz met at his first-ever Heart Healthy Clinic, a free clinic with a team of more than 100 doctors and volunteers. The team came together to fight heart disease by checking several numbers of the people who came to the clinic, including their cholesterol, waist size, and blood pressure. These three numbers would help the heart clinic save lives. 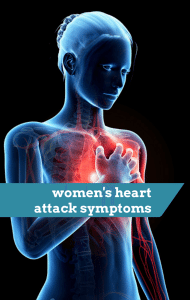 Dr. Oz talked to two women influenced by his show to take charge of their health, a woman who lowered her blood pressure and a woman who discovered she had two heart attacks. (Sebastian Kaulitzki / Shutterstock.com)

More than 300 people were screened at the clinic, including Lisa, who was having a lot of chest pain and wondered what was happening. Her waist size was 54. Her good cholesterol, which should be over 50, was only 32. But it was her blood pressure that shocked them both. A good blood pressure is 120/80. Lisa’s blood pressure was 177/94. Dr. Oz told Lisa he sends people to the hospital with numbers like that.

Dr. Oz took a look at how her heart was beating with an ultrasound and discovered that the heart was squeezing well, the walls weren’t too thick, and blood seemed to travel through it well. An EKG found that Lisa’s heart was beating a little fast, too. But Dr. Oz told her the good news was that all of these numbers were fixable.

So Lisa spent the next three months putting her heart and health first with the help of Dr. Oz. Her cholesterol numbers were headed in the right direction and she lost 36 pounds.

The key issue for Lisa, besides those numbers, was her blood pressure. It had been 177/94. On Dr. Oz today, the numbers had fallen to 106/68, a tremendous improvement. Dr. Oz said Lisa changed her health and changed her own life and the lives of her family when she did that.

Dr. Oz’s next guest, Sarah, was in the best shape of her life at 31. She was very energetic and had gotten really into running. But all of a sudden, she had gotten really fatigued. She thought she had worn herself down. She was sleeping about 12 hours a night. She wanted to be there for her students, but every day was a struggle.

When she went to the doctor, they gave her a referral for neurology and sent her home. But later on, she remembered a Dr. Oz show that gave symptoms for women’s heart attacks. Sarah realized her symptoms were in line with some of those symptoms, so she drove herself to the ER and told them something was wrong.

They discovered she had not only one heart attack, but two. Thanks to Dr. Oz, she had the knowledge and power to take action. Now, she takes action to be there for others. She’s an advocate for women’s health, starting a blog called Heart Attack at 31, to spread the message of heart health and let other women know the issues.

Dr. Oz: Signs & Symptoms of a Heart Attack for Women

Sarah joined Dr. Oz in his studio and told him she now felt better than she’d ever felt. She said she felt like she had to pay it forward to save other people’s lives because her life was saved.

So what are the signs and symptoms of a heart attack for women? The first is pain, which can happen anywhere from the jaw to shoulders, to neck, and chest area. For Sarah, it happened in her arm and spread to her jaw. She then had a feeling like someone was wringing a mop out inside of her and then sitting on her chest.

The next sign was unusual fatigue. Sarah said she was so tired for weeks before it happened that even thinking about something as simple as turning a doorknob made her tired. Another symptom is nausea and indigestion. Sarah felt sick to her stomach, not flu-like, but just upset. Two other symptoms, which Sarah didn’t have, were dizziness and shortness of breath. Shortness of breath can be dangerous, because it could mean that the blood is backing up in the lungs.

Dr. Oz said if women feel symptoms that remind them of this, they have to call 911 and chew 325 milligrams of aspirin, and do it quickly. Not all women will have all of these symptoms like Sarah, but these are serious symptoms to keep in mind.