Dr Oz: Taking a Day Off

What’s your biggest guilty pleasure? You don’t have to tell me. But answer this: are you ready to let go of your guilt? Dr Oz said you shouldn’t feel bad about taking time out for yourself. Find out how guilt causes brain damage and see if that convinces you to accept the pleasure without the punishment.

Dr Oz did something that’s actually kind of embarrassing. He called audience members’ bosses or relatives and asked if they could take a day off. If you are going to Dr Oz’s taping in the middle of the day, aren’t you already having a day off? I guess so, because the whole audience admitted they had the day off for the show. 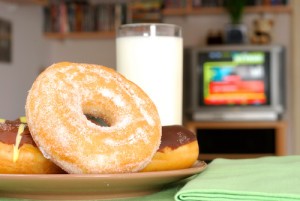 If you want to stay healthy and attempt to be a world record holder, you need to start your day with a good breakfast. Dr. Jim Sears shared easy breakfast recipes on the September 21 2012 episode of The Doctors.

Anyway, Dr Oz said that guilty pleasures are “critically important to your health.” Tarsha was one of the audience members playing hooky. Dr Oz asked her why it’s so hard for women to take a day off. She said she has a 2-year-old daughter and is a business owner, who doesn’t make time for herself. She said she was struggling to put thoughts aside and relax.

She said she felt guilty and irresponsible to be stepping away from her obligations, even for just a day. Dr Oz said that he wanted to spend an hour explaining how indulging in your guilty pleasures can be healthy.

Next, Dr Oz introduced three viewers and asked the audience to decide which of their guilty pleasures might have a hidden health benefit.

Which one do you think is actually good for your health. (Having watched a talk show before, my guess is: all of them.)

Back in the studio, Marlena admitted that she’s always loved food. She has trouble juggling one-on-one time with her seven kids.

Adriana said she enjoys escaping into the world of TV marathons to get away from the stresses of her work and family. “Sometimes I need me time. It’s my escape,” she said.

Dr Oz: Taking the Guilt Out of Guilty Pleasures

The audience overwhelmingly chose TV and wine as the top healthy guilty pleasure. But Dr Oz surprised everyone by saying they’re all healthy. (Toldja!) “All of them help us get that basic need we have to connect and to feel good,” he said.

Instead of talking about what you shouldn’t be doing, Dr Oz wanted to spend a day talking about things you should do. He wanted everyone to remove the guilt association from their guilty pleasures.

Dr Oz had the three women strap on purple gloves to learn about what guilt is doing inside the body. He said it’s intended to keep us from doing bad things, but shouldn’t be bogging people down for minor things like these guilty pleasures.

That’s because guilt can be very powerful. He showed a map of the brain and had one woman pour a beaker of water (representing guilt) on the creative part of the brain that defines who you are. This shriveled up a portion of the brain.

“Indulging, when it’s done smartly and intelligently…, it prevents this stuff from happening,” he said.

The ladies seemed to be on board with letting the guilt go and just focusing on the pleasure. So now’s your chance to be proud. What’s your guilty pleasure? Lisa from Tennessee admitted that she sometimes buys herself a birthday cake after having a bad da.