Dr. Oz had a three-day Detox in store for us, to help wean us off electronics so we can get better sleep and have less tress. The average adult now spends almost half their day in front of a screen. This can lead to eye strain and headaches and has been linked to depression and anxiety.

Dr. Oz challenged three of his viewers, Imani, Carolyn, and Jennifer, to go on a three-day digital detox. The only break allowed was video diaries so they could tell us how they’re doing. All there women hated it. Carolyn cracked when she got 28 text messages and texted her friend. The other two women hated it at first, but they ended up getting better sleep and caught up on things they haven’t been able to catch up on in a while. Carolyn seemed like she wasn’t that thrilled with the results. She did say it was a “learning experience” though.

Dr. Oz: Dumb Down Your Smartphone 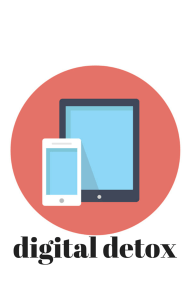 Dr. Oz talked to tech writer Manoush Zomrodi about how to detox from technology, including dumbing down your smartphone and only charging your laptop or tablet once a week. (Oberon_sk / Shutterstock.com)

Dr. Oz talked to tech reporter and mother Manoush Zomorodi, who said she’s in front of a screen all the time and she didn’t want technology to rule her life. Her first detox step was dumbing down the smartphone. She said people should get rid of the apps or games they can’t stop using and playing. She said they should get rid of the notifications and noises from new messages. Tell your kids to call you if there’s an emergency, instead of texting you. Write down your reminders, instead of putting them in your phone.

Carolyn said this step cut down the time she spent online in half. Imani said this step was refreshing and she was able to spend more time with her family. Her phone also stayed charged longer.

Dr. Oz: No Screen Time an Hour Before Sleep

The next step is to only check your phone once after dinner. Then plug it in to charge outside of your bedroom. No screen time an hour before you go to sleep. The blue light can disrupt your sleep and keep your brain awake. The phone near our head also influences the quality of our sleep.

Dr. Oz: Take Many Breaks During the Day

Manoush also recommends we take many breaks from our phones during the day. When you go into a meeting or go to lunch with friends, stack your phones so you’re not texting under the table or checking it constantly.

Dr. Oz said they did this during their meetings at his studio and the meetings are shorter because everyone is focused. He also said at home, they leave the phone outside the room for dinner.

Dr. Oz: One Window at a Time

Manoush also suggested we only have one window open at a time on the computer, because the preponderance of windows stresses people out. She talked about an app called SelfControl, which blocks out the internet and lets us focus on whatever we’re working on.

Dr. Oz: Charge Laptop or Tablet Once a Week

She also recommends we charge our laptop or tablet once a week. This is because Manoush gets sucked into the world of Pinterest for hours on end and decided to just charge her iPad once a week, so that she only has so much time on the internet. This forces her to have self-control.

Jennifer did this step during her detox and it gave her more time with her family. She said she got through a whole week of dinners without grabbing her tablet and going on the games while she was eating dinner with her family.