Dr Oz recently conducted the best national sleep survey ever done in hopes of getting to the bottom of the biggest sleep problems. Sleep trackers were used all across the country to answer some of the biggest questions out there. His two biggest tools were Dr Michael Breus and the S+ Sleep Tracker. It was found that almost 80% of people are sleeping less than seven hours a night.

Men on average sleep 5 hours and 45 minutes while women average 6 hours and nine minutes. Less than six and a half hours of sleep could put your health at risk as well as other aspects of your life. According to Dr Breus, it puts you in the “danger zones.” 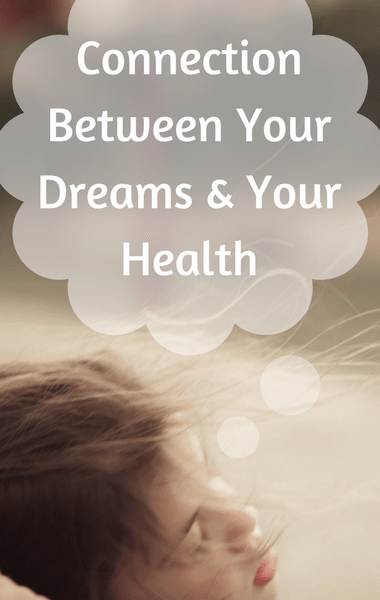 Dr Oz shared recently discovered information about sleep in America before explaining what your dreams could be a sign of. (dani_vazquez / Flickr)

In terms of west coast versus east coast, it turns out that the east coast tends to get more sleep than the west. West coasters tend to be in bed 45 minutes less.

How do your daily habits affect your sleep, particularly when it comes to drinking coffee? How much is too much? According to the data, if you enjoy three cups of coffee or less per day, it’s not too harmful for your sleep. If you drink more than that, you’ll likely struggle with falling asleep. Caffeine has a half-life of between 6 and 8 hours so if you’re having a cup of coffee later in the day, that’s the one likely affecting your sleep.

But what about alcohol? It turns out that one or two glasses of wine can help you sleep better because it helps you relax. But anything more than that can start to affect your sleep in a negative way. Another way to improve sleep is with exercise, even if it’s just for 30 minutes, that time spent on exercise can equal 14 more minutes of deep sleep!

Dr Oz: Why You Should Track Your Sleep

Dr Oz loves to S+ sleep tracker because it can help you track all aspects of your sleep, like Dr Oz did with 20,000 Americans. It turns out they got an average sleep score of a 77, which isn’t what Dr Michael Breus is looking for. It turns out as much as 30% of people had a score of 55 or below, which is essentially a failing grade. He found in his own practice that those who track their sleep tend to see big improvements in their sleep quality even getting as much as 31 more minutes of sleep.

But what about those crazy dreams you could frequently be experiencing?

Dr Oz: Why Do You Dream?

YouTube star Nick Uhas explained that there are three theories circulating to explain dreams. First was that they’re simply the result of the brain reacting to biochemical changes and electrical impulses that take place while you’re asleep. The second theory is that dreams are a part of the memory consolidation process, or the process of moving memories from short-term to long-term storage. Third, is that dreams are “the mind talking to itself” or memory analysis.

Dr Oz: What Do Your Dreams Mean?

Dr Jennifer Hartstein explained that when we sleep, we’re often dealing with emotions that are too overwhelming to deal with during the day. Our dreams could be clues as to what’s really going on. If you’ve had a dream you were drowning, it could be the result of a hormonal imbalance. Water is often an indicator that you’re feeling overwhelmed, fearful, or trapped. it could also be a sign that you’re not saying what you want to or should be saying. Try some mindful meditation before bed to slow down and reset serotonin in your brain.

If you’ve recently had a dream where you were naked, it means you’re likely feeling anxious, exposed, or vulnerable. Dr Oz had a dream in which he discovered a staircase and then a beautiful garden. According to Dr Hartstein, it could have been a sign that he was looking for growth and where he was going to go next. More like a journey to bigger and better things.