Dr Oz: What Does My Appendix Do?

If you have ever wondered what your body organs do, this is the time to find out from Dr Oz. He has talked about the Kidneys and the Pancreas recently, and it was now time to learn about the Appendix.

Dr Oz: Where is the Appendix? 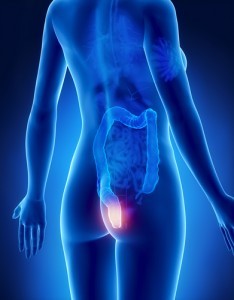 If you have always wondered what the appendix does, you are in good company. But new research suggests it is a storage area for healthy bacteria.

Dr Oz recruited three women from the audience to play a game, attempting to “pin the appendix” on a map of the body’s organs. It is on the “bottom right side of your belly,” and someone got it exactly right.

What does your appendix actually look like? As always, the actual human organs Dr Oz displayed were yellow and wrinkly. But contrary to what once was thought, the appendix is useful after all.

Dr Oz: What Does the Appendix Do?

The appendix is very small, but sometimes it can cause pain and will be removed. That is because matter from the intestines can become trapped in the appendix. With nowhere for it to go, it can eventually burst and make a mess.

A brand new study has some new ideas about what the appendix does. “It keeps our guts healthy,” according to Dr Oz. He had his assistant put on waders and slide climb into a pool, representing the colon. There was a chute leading to the pool that stood in for the appendix.

Good bacteria is meant to be spread out in the colon, but sometimes invaders or disease can eliminate some of that good bacteria. That doesn’t leave enough bacteria in the colon for the organ to do its job. This can have side effects and be serious.

The new school of thought is that the appendix stores healthy bacteria for when the colon needs to replenish.

“If you’ve had yours out, don’t panic,” Dr Oz said. The body has some other bacteria storage areas as well. But it’s interesting to know that the appendix has a function after all.

But with this relatively new discovery, I have to wonder what else we still don’t know about what our bodies can do.