Dr Oz and expert Gabrielle Bernstein met Cecelia, a woman whose chronic worrying triggers her insomnia every night. She is not alone, because most people who have trouble sleeping say that worrying is the reason why they can’t get the rest their bodies need. It was time to share a plan to help people root out their worries and dream easier. 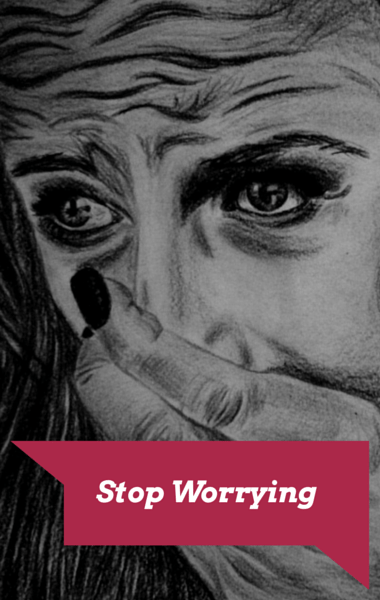 Is worrying taking over your life when you should be getting some sleep? Dr Oz and Gabrielle Bernstein shared a plan to shut down nighttime worrying. (waithamai / flickr)

“The root cause of all worry is fear,” Gabrielle Bernstein said, before invoking an acronym for FEAR that you may have heard before.

She said that it’s common for people to pick up fears at some point in life and carry them forward from the past, into the present and future. It’s easy to keep the cycle going unless you intervene to change your own patterns.

Bernstein shared one of her firsthand experiences. As a young girl, she remembered everyone else eating off her plate. “I started to have this food that there wasn’t going to be enough food,” she said. It led to overeating, and she still has trouble eating slowly.

How did she make progress? “I started to seek proof that that experience from childhood was no longer happening to me,” she said. Then you will be able to create new patterns.

Dr Oz: What Do You Worry About?

Dr Oz turned to viewers, asking them to share the things they are worrying about. He received more than 6,000 responses on his Facebook page. He asked audience members for input, and one woman admitted she is afraid she will not get married.

A teacher said she is concerned about helping her students perform well. A student said that he often worries about his success in the classroom. A mom expressed financial concerns about putting her child through college. “I’m worried about living up to the expectations that I give myself,” another young woman said.

Dr Oz: How To Debunk Your Worries

Dr Oz suggested that women tend to have more problems with these types of worries because of external pressure to address problems. But no matter your gender, you have probably worried about something that has already been mentioned. Bernstein said that repeating your worries causes you to create a fear-based reality that is uncomfortable.

Dr Oz and Gabrielle showed Cecelia a timeline of her life as it related to some of her longtime fears. Her parents’ divorce in 1988 started some financial concerns, but obviously she and her mother have both thrived since then. Fears that she could not have a career dated back to the mid-’90s. Now she is a classroom teacher, and Gabrielle said she should let go of that fear.

In more recent years, Cecelia has been preoccupied with providing good things for her children. “Most importantly, the greatest abundance is happiness and joy. And that will be the greatest gift you can give your children,” Bernstein said. Especially since her mother’s struggles had such an impact on her worrying, hopefully she can see that her children could wind up taking on some of her worries throughout their lives.

These days, one of Cecelia’s biggest worries is her husband’s health. “I want to clear that fear right now, and I want you to set an intention to see your husband as healthy and your children as happy and your finances as abundant,” Bernstein said. It sounds simple, but it can be harder than you think. Cecelia promised that she would give it a try. Dr Oz also said he would explain how you can prevent these worries from disrupting your sleep.