Dr. Oz: How Being Transgender Affects the Family

Dr. Oz has been talking to Tina, a transgender born as a man who has made the transition into being a woman. Dr. Oz talked to Tina’s oldest child, Evelyn. Evelyn said for most of her life, her dad was the “cool dad.” Evelyn said she found out about her dad cross dressing a long time ago, but when she find out that her father was going to transition into a woman fully, it felt painful. 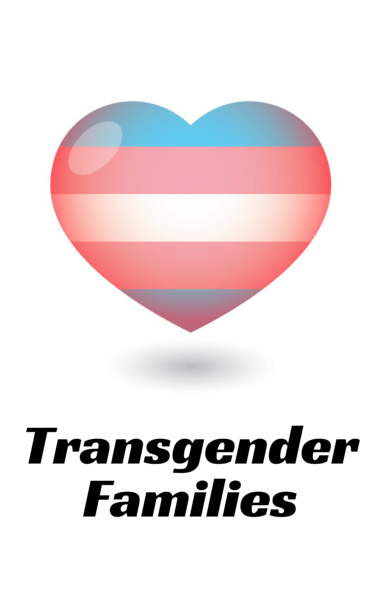 Dr. Oz talked to Tina’s family to find out how her being transgender has affected her children and her marriage. (Blablo101 / Shutterstock.com)

“Two years were filled with a lot of tears and a lot of conversations. We talked all the time. And then seeing the transition to making the date for the surgery…everything was very, very difficult. And then once it was all over, I actually felt a weight lifted for Tina. And our relationship has gone through a transition, too, and so we’ve gotten closer,” Evelyn said.

Tina said that for her whole life, when people said they loved her or showed her affection, she felt like they were talking to someone else, so she never really felt it. Now that she’s transitioned, she’s able to truly feel that love.

“That’s what, for me, transitioning is about, being connected to the human race in a way that I never was before,” she said.

Dr. Oz: Being Married to Someone Transitioning

Tina said that it’s been tough for Mary, but she’s stood by him. But it was a real struggle for her. She said they’re still in love, but their relationship has changed fundamentally.

Mary joined Dr. Oz and Tina and she said she didn’t know about her being transgender at first. When they first started dating, Tina told her that she dressed up in women’s clothes sometimes, but Mary thought Tina was so wonderful that she could deal with it.

Mary told the story of the day Tina (then Tom) locked herself in the bathroom and stayed in so long Mary became concerned. The two of them sat in the tub and Tina told her that she couldn’t live life as a man anymore. Mary said she loved her so much, she didn’t want to just run away. She wanted to stay through it because she cared what happened to Tina.

“Then I thought, if he doesn’t do this, I might lose him completely. And I thought at least if he goes through this transition and becomes who he really is, as this beautiful woman she is, at least I get to have her here. And she’s my best friend. We are soul mates,” she said.

Mary said she knew how depressed Tina was before this happened and she was worried Tina was going to commit suicide. Tina said that she did this because she felt like she had no other option. She felt she couldn’t relate to herself.

Both of them said their marriage is wonderful now. Mary said many friends told her to divorce Tina, but she didn’t want to. She loved her.

Tina said Mary had a daughter from a previous marriage who belonged to a very conservative church. But the church was able to honor its faith and honor Tina and Mary at the same time.

Dr. Oz asked Tina if she felt an attraction to men or women. Tina said she does find men attractive, but she much prefers women. She also said she knew “too much of men’s secrets” to ever pursue anything with a man.

Dr. Oz asked Tina and Mary about reports that Bruce Jenner is transitioning right now into a woman. Tina said that she felt her transition was hard enough for her family and her neighborhood. She couldn’t imagine what Bruce Jenner is going through in the spotlight. Mary said it must be scary for the family, too. She said before Tina transitioned, she had no idea what transgender meant. It’s not easy to learn and accept the change.

Dr. Oz said that people are often fearful and judgmental about things they don’t understand. He wanted to share Tina’s story because he wanted people to see she was a person trying to live an authentic life.