It’s nothing new for celebrities to be angry and even sue over companies using their pictures to sell products. Even Dr Oz’s identity was used to try to sell weight loss products. Images and names have been used by internet scammers to sell fake products for years, and the problem only seems to be growing. The latest target was Biggest Loser host and Days of Our Lives star Alison Sweeney. A weight loss supplement company used Alison’s name and face to incorrectly imply she endorsed their product. Alison is now fighting back, defending her name, and hoping to warn others about fake product scams. 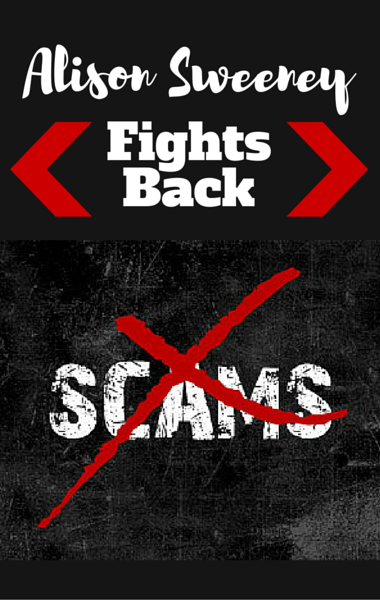 After an online diet pill scam used her name and image without her permission and even falsely quoted her, Alison Sweeney fought back. ([email protected] / Flickr)

Alison Sweeney sat down with Dr Oz and explained that she has a lot of loyal fans. People started contacting her on social media but she didn’t think too much about at first until someone actually sent her a link to a page with a quote she never said, that said terrible things she reportedly said about The Biggest Loser. She admitted that the page looked legitimate and even had what looked like the logo of US Weekly with a real journalist who writes for the magazine. She was infuriated that some of her fans would think it was true, because it truly did look real.

Dr Oz showed a picture of one of the fake tweets that were used, which read “To all my fans, I deeply and sincerely apologize for misleading you. I cannot let this scam to continue, the weight loss results of contestants for the last 5 years has been all due to #garciniacambogia #biggestloserscam.”

Alison decided to make a video about the scam, posting it on social media. In the video she made it clear that it was a scam and she planned on fighting back. The video now has more than 600,000 views.

Alison admitted that she and her legal team are having trouble putting a stop to the scam. Alison made it clear that working out, eating right, and getting enough sleep is what it takes to lose weight and get healthy, not a single pill. If there’s anything Alison wants you to learn from her experience, it’s that if you see something that doesn’t seem quite right, it probably isn’t. You shouldn’t believe everything you read.

Alison also shared that she’s even had people come up to her and ask her questions about the product that used her image, or told her that they paid for the product but never got anything in the mail. Dr Oz and Alison Sweeney created a fun video to represent how paying for those products could literally mean throwing money away! “Don’t buy the lies,” they stated.

Dr Oz then brought in an expert, Christine Durst, who explained that when you put a photo on the internet, there’s really no one owning it. In fact, when you sign up for Facebook, you’re giving them ownership of the images you post. Anyone can click on an image, save it, and put it up on a website of their own. Second, because the internet is becoming more sophisticated, anyone can get a website in just a few minutes that looks professional.

Using someone’s image without their consent is copyright infringement, but there’s no one enforcing those laws. That means people have to watch their own backs.

To identify red flags, first look for the words “As Featured On” because it draws you in and is an attempt to build trust. Secondly, you should look at testimonials or reviews. Pay close attention to the dates and times they were posted, because if they’re all posted within a short time frame, there’s a good chance they’re fake.

The third red flag is the disclaimer. If you search and find Terms of Service, you’ll likely find a page with tiny font and a font color that nearly blends in with the background. That’s where they’ll mention all the little extras you were otherwise unaware of, like auto-ship programs, non-existent terms of cancellation. Basically, they’re trying to cover up their own illegal activity.

When Dr Oz reached out to the Federal Trade Commission to find out what was being done about the troubling scams, they said, in part, “…The commission considers the false use of celebrity names and endorsements in advertising to be primarily the concern of the celebrity.

“Basically, they don’t care,” Dr Oz stated angrily. “It’s not their problem… You have to be your own police.”