Millions were shocked to read headlines about a 34-year-old model who passed away from a stroke occurring from chiropractic neck manipulation, including one performed the day she was rushed to the hospital. For the first time, the family of Katie May speaks out about the day that changed their lives forever.

Katie May was known as the “queen of Snapchat” and had nearly 2 million followers on Instagram. At 34, her career as a model and social media sensation was taking off. But in February of 2016, Katie’s life came to a tragic end.

After holding a pose for too long during a photo shoot, Katie tweeted about a pinched nerve in her neck and a visit to the chiropractor. Days later, she tweeted that she was going back for a second treatment, but hours after that second adjustment, she fell ill. She could hardly talk on her way to the hospital and once she arrived, she began vomiting in the waiting room. She suffered two strokes and passed away three days later. 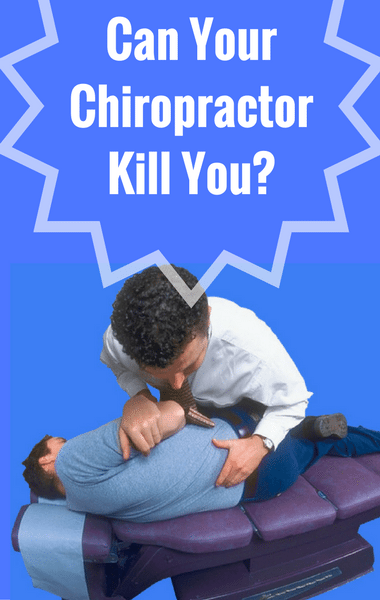 The family of a model who passed away from a stroke after a chiropractic neck adjustment, explained whether they thought the treatment killed their sister. ([email protected] / Flickr)

The Los Angeles coroner determined Katie died as the result of an injury sustained during a “neck manipulation by chiropractor.” What Katie’s family and so many others want to know now is, are neck manipulations safe?

Katie was the single mother of an 8-year-old girl, which makes the story that much more tragic. Katie’s family explained that, as shown on Katie’s social media accounts, she thought her neck pain was the result of a “pinched nerve” or a muscular problem, rather than anything having to do with an artery. The medical records of Cedars-Sinai showed that the medical staff at the hospital quickly realized that Katie was having a stroke.

Dr Oz explained that the brain receives blood from the heart through the carotid arteries and arteries further, deep in the bone. A whiplash-type injury can result in small tears in that artery, and something like neck manipulation could make that injury worse. The tear in that artery can form a clot which then travels to the brain, resulting in a stroke. Doctors at the hospital tried a procedure to remove the clot, but Katie’s condition didn’t improve.

Dr Oz: Was Neck Manipulation To Blame For Model’s Death?

Dr Oz then asked Katie’s family about the coroner’s determination that neck manipulation by chiropractor was the cause of Katie’s death. They acknowledged that they wholeheartedly believe that’s what happened, and that it was a terrible accident. They wanted to be clear that they don’t condone chiropractic techniques, but they want to bring attention to the risk factors. It’s also important to see a doctor if you have neck pain and let them make a decision about how to treat it.

Dr Oz: Can Your Chiropractor Kill You?

But that still leaves the big question: can your chiropractor really kill you? Chiropractor Steven Shoshany explained that the most current signs suggest that Katie’s artery was “dissected” or injured as a result of the position she was asked to hold during her photo shoot. Bow hunter’s stroke is very rare, but if your head is held in one position for a long time, a stroke can result.

Dr Carolyn Brockington, a neurologist, explained that dissections are actually fairly common, and are one of the reasons we see strokes in young, seemingly healthy people. She added that most dissections actually don’t result in stroke. Once a dissection is discovered, the patient is treated with therapies like blood thinners first, then if their condition isn’t improved, surgery may be performed.

Approximately one in five people who suffer a stroke could have suffered a dissection first. That’s all the more reason to understand a patient’s history and family history, to know whether there’s a history of stroke. Everyone should know the signs of a dissection so they can spot them and get to a doctor as soon as possible. The signs are listed below:

In a final note, Dr Oz let his viewers now that they shouldn’t necessarily stop seeing their chiropractor, but should pay attention to signs their body is giving them.