There are a lot of new therapies Dr Oz wants his viewers to know about, but the one he seemed most excited about was a treatment that has been around for decades. It’s called electroconvulsive therapy and celebrities like Carrie Fisher have brought it into the spotlight as a safe and effective treatment for depression. It used to be known as electro-shock therapy when it was introduced in the 1930’s in treatments that seemed more like torture.

Now ECT is an accepted, safe procedure that has proven to offer improvements in mental health conditions that don’t respond to other treatments. Dr Oz welcomed a world leader in the area of brain stimulation to learn more about ECT. Dr Sarah Lisanby from the National Institute of Mental Health explained that ECT is the most effective treatment we have today for severe depression. When depression is life-threatening and the patient needs help quickly, within a matter of days, ECT is the treatment of choice. 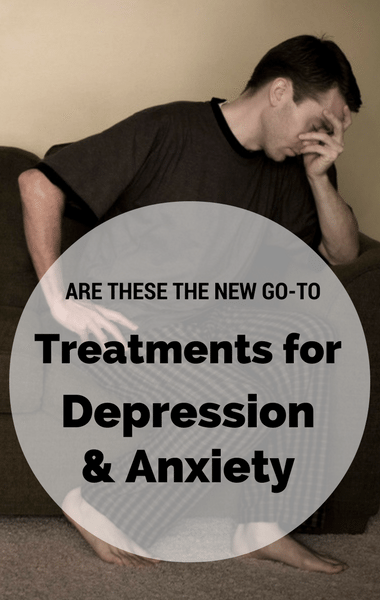 Could these unconventional, almost controversial treatments be just what patients need for their depression or anxiety? (foreverphoto / Flickr)

Dr Oz: Should You Consider ECT?

Electroconvulsive therapy, as Dr Oz explained, is a way to re-boot the brain. Dr Oz spoke to a woman who had been suffering with depression her entire life and claims ECT saved her life. She shared that she was first treated with therapy and medication but when she woke up from her first ECT treatment, she felt almost euphoric during the first hours. Although her depression is still there, it’s a lot better than it was and she claims the entire treatment was worth it.

It should be known that side effects of electroconvulsive therapy include memory loss, muscle aches, and headaches.

Dr Oz then switched gears to share that hallucinogenic magic mushrooms could potentially erase anxiety in cancer patients. The active ingredient is psilocybin, which produces a euphoric experience that causes hallucinations and an inability to distinguish fantasy from reality. The federal government, however, still classifies psilocybin as an illegal and dangerous drug, with no accepted medical use. But researchers are conducting clinical trials to find out whether the ingredient can help those with anxiety and depression while fighting cancer.

In the summer of 2013, a man fighting Hodgkin’s Lymphoma participated in a research study at NYU Langone Medical Center. He was placed in a softly lit room and given a capsule of psilocybin. He experienced feelings of “pure love and pure harmony” and even saw himself in remission. He believes that one pill changed his life, saying that he no longer experiences fear over the cancer, but instead is at peace.

Psychotherapist Mike Dow explained that with the mushrooms, a patient can have just one euphoric experience that leads to long-term changes that improve one’s overall well-being. One of the ways psilocybin works is to increase neurogenesis which is the creation of new brain cells in the hippocampus, which has been linked to a reduction in depression and anxiety.

One potential problem is that in studies, it’s been found that one in ten participants thought they were at risk of doing themselves or others physical harm. All the more reason to do more research and make sure the right people are taking part. What do you think about the potential for psychedelic drugs to be used for medical purposes?