Just in the last year, Americans spent $185 billion on meat, with it being the “centerpiece of the American diet.” So there’s no wonder that the recent headlines about meat and cancer, caused concern for a lot of people. The World Health Organization declared that red meat was a probably cancer cause, but Mark Schatzker wasn’t convinced, which is why Dr Oz sent him to find some answers.

Mark began by reporting that some Stone Age humans ate up to three and a half pounds of meat each day, so eating meat isn’t a recent dietary development. The average American eats about 75 pounds of red meat a year, which is why recent headlines can worry a lot of people. The WHO declared red meats to be “probably carcinogenic” which sounds bad, but “probably doesn’t mean definitely.” 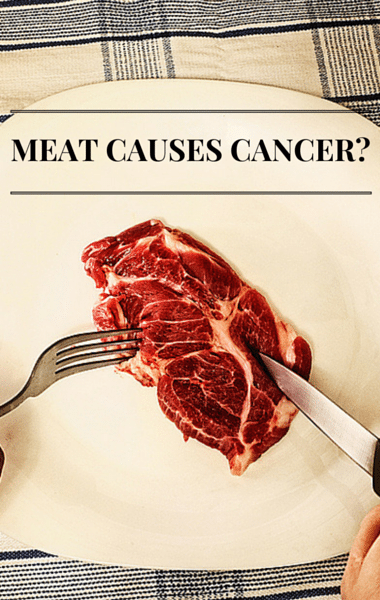 Dr Oz sent Mark Schatzker to find out more about the link between cancer and meat, and what exactly makes processed meat. (marius_boatca / Flickr)

Most researchers agree that your level of risk depends on how much you eat. The WHO classified processed meats as carcinogenic, which means hot dogs are in the same category as cigarettes.

Dr Oz: What Is Processed Meat?

Mark visited a processing facility where “meat goes from fresh to processed.” Processed meat is a way of enhancing flavor while preserving the meat, to make different styles of meat. Different cuts of fresh meat are cut up and either grinded and spiced before being put into a casing and smoked, or emulsified and then put into a casing and smoked. You can either smoke it, cure it, salt it, or ferment it. Nitrates are used to preserve the meat, giving it a longer shelf life.

Mark then explained that smokers have a 25 times greater risk of developing lung cancer than non-smokers, so when you compare it to the processed meat risk, eating the processed meats doesn’t seem nearly as risky.

As for nitrates, Mark explained that they’re particularly good for preventing botulism, which is caused by a deadly bacteria. The concerns is that nitrates could be carcinogenic. People who eat processed meat have a greater risk of developing colorectal cancer, but it’s unknown if it’s because of the nitrates. You can actually use celery extract to cure meat, but it’s because it’s high in nitrates and “a nitrate is a nitrate no matter where it comes from.” Right now, there is no evidence to show that the nitrates from celery are any better.

Dr Oz then explained that because we all love processed meats and meat in general, you should use meat to add more flavor to healthy foods, rather than as the center of a meal. Add a little ham to a kale soup or put some sausage in a pot of steamed clams. That way you’re eating less. Dr Oz also suggested looking for the word loin or round, and buying 95% lean ground beef and stay away from frozen burger patties.