Imagine if the law was standing the way of getting the treatment your doctor said you needed? What if your child was the one being affected? That’s the reality for hundreds of families across America who are fighting to use medical marijuana. Twenty-three states so far have approved cannabis for medicinal purposes but bills are being shut down, even though doctors and patients have begun using marijuana to treat conditions like nausea during chemotherapy, multiple sclerosis, and chronic pain.

More studies are showing that it’s especially benefical when comparing the risks to those of powerful conventional medications. Perhaps the biggest debate comes from pediatric patients, who primarily use oral-administered oil to treat conditions like epilepsy. Parents are fighting for the right to treat their children with cannabis, taking on moral judgements, the law, and medical establishments to get medicine they believe could potentially save their children’s lives. 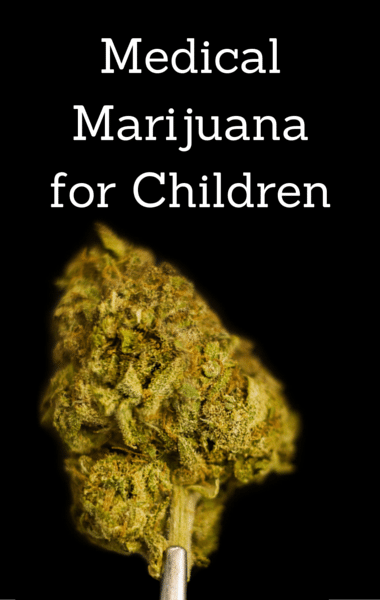 Dr Oz sat down with Montel Williams and a mother who is fighting to get medical marijuana for her daughter. (symic / Flickr)

Dr Oz: Mother Fighting To Get Medical Marijuana For Her Daughter

A passionate supporter of medical marijuana, Montel Williams, joined the show, having used medical marijuana to treat his own chronic pain. Dr Oz was also joined by Dana, a mother who has been fighting to get a marijuana prescription for her 8-year-old daughter. Dana explained that her daughter has epilepsy and Autism, “among other things” and until she was 22-months-old she was perfectly healthy. It was then that she started having seizures.

Dana’s daughter isn’t a candidate for brain surgery and has tried a long list of medications that don’t do enough to treat the hundreds of seizures she’s having a day. Every night, Dana has to sleep in bed with her daughter and every morning she has to check to make sure her daughter is still alive. She did her own research and cannabis kept coming up. In August of 2013, the Sanjay Gupta Weed special on CNN aired and they explained how it worked for children. The very next day she got in contact with her legislator and the media.

The Doctors: Fighting For Legalization Of Medical Marijuana

Dana’s daughter’s doctor even verified that cannabis could work to help the seizures. Montel Williams then spoke up saying that the United States government owns the patent on the CBD, THC which means the government has spent money on the research that shows cannabis works. The government has been dispensing marijuana for more than 38 years from the University of Mississippi to a very small group of people. Montel argued that he doesn’t understand why anyone has the right to refuse a treatment that a doctor recommends to someone else, when it’s been proven to work.

Montel Williams was brought to tears knowing how necessary it is, saying that we simply have to give children the medication they need. For the rest of the conversation with Montel Williams about medical marijuna, click here.