Starting New Year’s Day, the Discovery Health Channel will reinvent itself as the Oprah Winfrey Network (aka OWN).  OWN will feature America’s Talk Show Queen, Oprah, and many of the stars of her existing spinoffs (including Doctor Oz) and will air 24/7 without late night and weekend infomercials like so many other cable channels.  The network will emphasize self improvement and empowerment themes similar to Oprah’s other TV, radio, and magazine ventures.

Given Oprah’s commitments to her longtime syndicated daily talk show which will air through September 2011 (when it will celebrate its 25th anniversary finale), 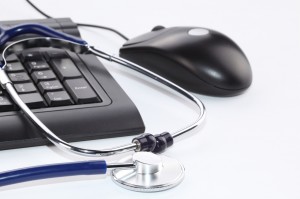 OWN will only have 70 hours of programming from Oprah herself during 2011.  Her main contribution is expected to be Season 25: Oprah Behind the Scenes which will give viewers an inside look at how Oprah’s show is made.  It is expected to be a revealing and emotional series as it will showcase the making of the final season of the show that made Oprah an international media icon.  She will also appear on Oprah’s Next Chapter which will place her out of the studio in interesting locations and conducting interviews.

The Oprah Winfrey Network will retain existing successful Discovery Health Channel series such as Deliver Me and Mystery Diagnosis. One of the flagship programs on the new channel will be called Ask Oprah’s All-Stars where Dr. Phil, Dr. Oz, and Suze Orman (all frequent contributors to Oprah’s current TV program) will give advice in a super sized advice extravaganza. Dr. Phil and Dr. Oz will continue their syndicated programs but will appear on future OWN programs.  Reruns of Dr. Phil’s show will be a regular part of the network’s schedule.  Oprah’s famous best friend, Gayle King, will be a prominent part of the network as her radio show will be telecast on OWN in much the same way you can watch Don Imus’ show on the Fox Business Channel.

A variety of other personalities will have shows on OWN, including The View alum Lisa Ling (Our America), professional investigative genealogist Pam Slaton (Searching For), clutter expert Peter Walsh (Enough Already!), TV personality Cristina Ferrare (Big Bowl of Love), therapist Dr. Laura Berman (In The Bedroom), Sarah Ferguson (yes, the Duchess of York) in a show called Finding Sarah, and Shania Twain (Why Not?).  Other shows you’ll want to check out are: Anna and Kristina’s Grocery Bag where the hosts try out cookbook recipes, Breaking Down the Bars where therapist Dr. Stephanie Covington follows the journey of a group of female prisoners, Kidnapped by the Kids where kids stand up against their workaholic parents, and Miracle Detectives where Randall Sullivan and Dr. Indre Viskontas travel the nation to uncover answers to mysterious incidents that defy logic.

One of the most visible people on OWN – other than Oprah herself – will be Rosie O’Donnell who was heavily recruited to appear on the new network.  Rosie’s last voyage on daytime television, where she was briefly and infamously the moderator of The View (the role currently held by Whoopi Goldberg), ended in controversy because of her infighting with Barbara Walters and other members of the show.  However, Rosie’s first daytime show was a huge daytime television success story.  We’ll see how Oprah and Rosie get along!

OWN has also created a show seemingly modeled on the Food Channel’s The Next Food Network Star called Your OWN Show where hosts Nancy O’Dell and Carson Kressley will guide aspiring TV stars through intense challenges designed to see if they have what it takes to have their own show on OWN.  Oprah Presents Master Class will be a series of specials featuring Jay-Z, Diane Sawyer, Simon Cowell, Sidney Poitier, Maya Angelou, Lorne Michaels, and Condoleezza Rice.  Naomi and Wynonna Judd and Ryan and Tatum O’Neal are also expected to be seen on OWN.

Visionaries: Inside The Creative Mind on Oprah Winfrey Network

In the summer, there will be a series called Visionaries: Inside the Creative Mind, going behind the scenes with James Cameron, Lady Gaga, Annie Leibovitz, will.i.am, and Tyler Perry.

Unlike most new cable networks, OWN (a 50-50 venture between Oprah’s production company, Harpo, and the parent company of the Discovery Channel and TLC) will have a huge presence starting day one as it is inheriting the 80 million homes reached by its predecessor, Discovery Health Channel.  OWN is focusing on 25 to 54 year-old women but does not want to be a “women’s network” and believes that its programming will be of interest to a wide audience of men and women of all ages.  Nine large corporations are identified by the network as advertising partners (Chase, Wal-Mart, Toyota, Procter & Gamble, Kohl’s, General Motors, Nissan, Target, and Kellogg).﻿