The beef industry has changed their production procedures in order to meet the demands of meat-eaters in the United States. But some insiders are saying those changes could be affecting your health, which is why investigator Mark Schatzker traveled down south to meet an industry whistleblower. Americans love beef, with each American eating an average of 67 pounds of it just last year. But there could be a lot wrong the beef that we love to consume.

Most beef cattle are given hormones and antibiotics, and some critics argue that even the corn they’re fed is making the meat unhealthy. Mark first went to Texas, where they produce more beef cattle than any other state. He met a rancher named Patty Jacobs who explained that they used to raise cattle in the pasture and once they got to a certain age, they were taken to market to be slaughtered. But in the last 60 years or so, they began subsidizing corn and grains, and it became economical to put weight on fast on cattle in feed locks. 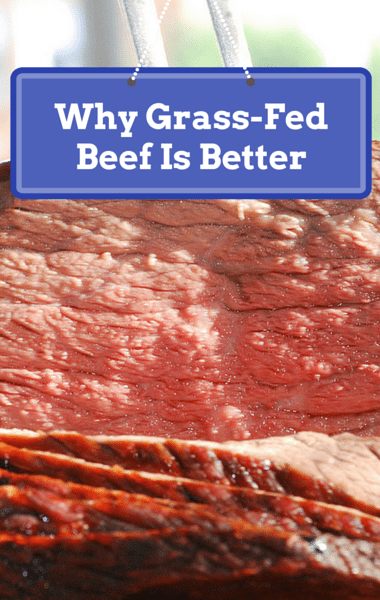 Dr Oz heard from beef industry whistleblowers about the difference between regular an grass-fed beef, and why you should consider paying a little more for your steaks. (artbystevejohnson / Flickr)

The USDA grading system, select, choice, and prime, pays more money for more fat. Farmers responded by producing fatty beef for the lowest possible price, which has made a product that people have acquired a taste for. Some experts and farmers believe all that grain-fed, fatty beef is coming at a big cost, which is why Mark then traveled to southwest Georgia to speak to one of those farmers. His name is Will Harris, and he’s a whistleblower who “blew the whistle on himself.”

Harris explained that he raised cattle under the “industrial- and comodity-centralized system” for many years on his farm. He explained that he became disgusted with the excesses of that system. He had to use antibiotics to keep his cattle from dying, get them to grow faster, and keep them from getting sick. Now, Will’s grass-fed, antibiotic-free “super athletic” cows almost never get sick! When he switched from grass farming to industrial farming, he didn’t experience much of a push back. He explained that his job was to create an environment where it was “the best place in the world to be a cow” and it seemed that he was doing just that.

Will Harris, from White Oak Pastures, and Mark Schatzker then joined Dr Oz in the studio, where Harris explained that the changes were done for noble purposes, but there were unintended consequences.

Mark explained that cattle are usually still born on farms just like Harris’ but then the cattle are sent off to feed lots, which is a large fenced-off area packed with cattle. They’re then fed so much corn that it’s actually toxic to them, which is where the antibiotics come in. Grass-fed cattle end up not being quite as large as feed lot cattle, which can make a big difference.

Mark explained that before World War II, one in twenty cattle would eat grain of some kind, but they didn’t eat much. After World War II, approximately 90% of the cattle we eat are from that conventional system where they’re eating grain. Now, the world’s largest meat packer has started its own grass-fed beef program, because consumers are “voting with their wallets.”

Now, farmers across the country are making decisions like Harris, to turn to grass-fed cattle and product meat that is organic and certainly healthier. The problem, is that many families are worried about the price difference. Harris explained that the cost comes from the fact that the cattle don’t get as big, it takes more labor to see after them, and it takes more land to raise them. Harris said the only way to make a change is to make different choices regarding the products you buy.

For more on the conversation about beef and how to shop for grass-fed beef that is good for your family, click here.