Have you ever used the phrase “it’s not what you said, it’s how you said it”? Dr Oz explained that it’s because tone is incredibly important when it comes to communication, and now science has been able to explain the subtle changes in your voice, with a free app! The app can help reveal your mood and even tell you how to cut stress and improve your relationship, just by reading your voice.

The app analyzes your voice when you’re talking on the phone and then tells you how stressed you are by the tone of your voice. Margaret works for ShareCare and has been using the app which works on Android phones, for about 10 months. She said it’s given her great insight into her conversations and tone of voice, allowing for her to make changes because of it. The app has been in development for over two years, having been tested on more than 6,000 subjects who used the app for six months. 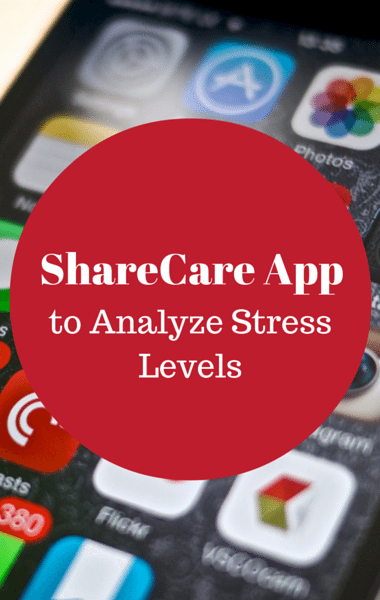 Dr Oz told everyone about the ShareCare app that actually analyzes your voice to determine just how stressed you really are. (janitors / Flickr)

So how does it work? New technology picks up stress patterns in your voice called fractals, which are correllated to stress in your brain. The information is analyzed and then your emotions, type of stress, and internal emotional response are revealed, showing whether you’re experience freeze, fight, or flight.

Dr Oz asked a view viewers to try the app and said they were actually surprised by how accurate it was. In the past few months, the app has even been used to find out what the presidential candidates were saying, as well as how they were feeling. How do you think the app would read you?

Dr Oz then reported that it was discovered women have more stress during weekends, while men tend to stress more during the week. By Sunday, they have 160% more stress!

When you use the app for politicians, it’s been shown that when it comes to stress Donald Trump is a bit of an outlier. When people are attacking others or are being attacked, they will usually experience high levels of stress. For Trump, he stays calm even in incidences of high pressure, according to Erik Feingold, the inventor of the ShareCare app. What was interesting was that when Trump was discussing ISIS and how they use the internet, he experienced higher levels of stress. He also experienced levels of stress when he was interrupted or when he saw a disrespectful behavior, but even then, it only lasted for a short period of time then went back to normal.

When you look at Hillary Clinton’s analysis using the app, you can see that she experiences a lot of stress when discussing or listening to people talk about the emails. Erik said Hillary seems to be aware of it, and uses a technique to control her stress. Erik explained that she actually moved into a zone where there was still anxiety, but it was fueling her to be productive. Erik explained that if stress is used productively, you can use it to your advantage.

Dr Oz: How Long Does Your Meat Last?