The Dr Oz Show is going to be exported to China and renamed “Health is Most Important” on Zhejiang Satellite TV!  I had no idea, but apparently Dr Oz is already in Russia and the Middle East as well.  Doctor Oz’s show (as well as the international versions) are co-owned by Sony and Oprah Winfrey, of course.  Since Dr Oz is in his second season in America, and last year he had the highest ratings of any newly syndicated show, it makes complete sense that they would continue expanding internationally. 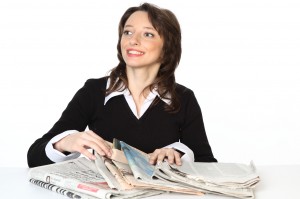 Apparently, whenever the Dr Oz Show goes to other countries, certain aspects of the show are changed to make it more palatable to the region.  The Chinese Dr Oz is a man named Liang Dong, and according to the NY Times “he’s jovial” which sounds like a good fit for a Dr Oz-like character!  I wonder if Liang Dong is in fact a doctor, or if he is just an actor that will be using modified Dr Oz scripts.  It seems like Dr Oz himself is actively involved in the new Chinese version of his show.  He said that the Chinese Dr Oz set will be exactly the same as how the American Dr Oz set looks.

Rumor has it that Dr Oz will be going to Latin America soon too!  I think the Dr Oz fan community is about to explode!  I am so happy to see Dr Oz expanding out so that people all over the world can hear his advice and become more educated on the medical and health topics that Dr Oz covers and simplifies for the general public.