Dr Oz: What Is The Kissing Bug?

The so-called “kissing bug” has been making headlines for spreading infections all across the United States. It’s all linked to a “poisonous kiss” you get while sleeping. Your body plays hosts to trillions of living organisms and they can infect you all over your body. Every now and then, an invader gets into the body wrecking havoc and feeding off your nutrition and one in three people have these bad parasites inside their bodies right now causing fatigue, muscle aches, and other symptoms.

Dr Oz was joined by the host of Animal Planet’s Monsters Inside Me, Dan Riskin, to share a sneak peek into what can happen someone’s body is taken over by a parasite. Dan explained that the kissing bug gets its name because it bites your face while you’re sleeping. It poops on your face while it sucks your blood, and the bug’s feces can have parasites in it which leads to disease. The good news is that it’s rare so you shouldn’t have to worry about it too much. 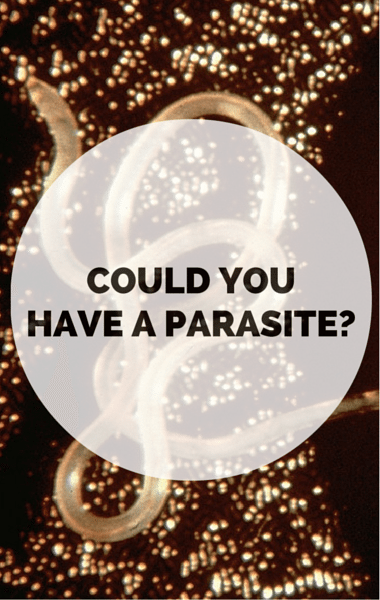 Dr Oz spoke with the host of “Monsters Inside Me” about parasites and signs you could have one. (niaid / Flickr)

Dr Oz: Signs You Could Have A Parasite

Dr Oz then wanted to share warning signs that you could have a parasite. Beginning with the digestive system, pay attention to whether you have a change in your bowel habits, cramping, or weight loss. When it comes to your brain, notice if you have chronic exhaustion as well as trouble falling and staying asleep. A parasite could also change your personality, and cause itchiness without a rash around your rear end, ears, and nose.

The best way to avoid a parasite is to always wash your hands after using the bathroom and before eating, and be cautious of where you eat out.

Dan then showed Dr Oz a tapeworm, which can grow up to 30 feet long. Dan explained that, while you’re sleeping, they will emerge, lay their eggs, then go back inside. Which means if you wake up, itch, and then go make your family breakfast, suddenly you’re passing it along. There’s also the much smaller toxoplasma which can effect the brain, leading to an entirely different personality. It can cause serious mental health issues, and about one in eight Americans have it.

Dr Oz: What To Do If You Think You Have A Parasite

Because doctors aren’t routinely trained on parasites, if you think you may have a parasite, you should see a tropical disease specialist or a parasitologist. If you’re not already infected, you can try eating about 2 cloves of garlic a day as well as pumpkin seeds, which work to paralyze the parasite.

Parasites are enough to make your skin crawl, but they can truly make you sick if you have one. Dan said there are a lot of stories he’s heard, but one that got to him the worst was about a parasite that can actually eat your eye balls. Dr Oz and Dan shared a few clips from Dan’s show, proving that sometimes parasites can show up in the most unexpected ways. One woman squeezed a snail out of her son’s infected knee, while another woman was diagnosed with an eye-eating parasite and had to undergo a cornea transplant. Yet another reason to clean your contacts properly.

Dan is the author of “Mother Nature is Trying to Kill You.” Have you ever had an experience with a parasite? What would you do if you found out you had one?