It sounds like the story right out of a movie, but people impersonating doctors and taking advantage of the weak, sick, and poor is a sad reality. Most recently, was the case of Malachi Love-Robinson. Love-Robinson was arrested in an undercover STING operation in West Palm Beach, Florida for practicing medicine without a licence. Love-Robinson is just 18-years-old, and posted the grand opening of the New Birth New Life Medical Center and Urgent Care, LLC, which he called his medical office on Facebook.

He even created a website to show what looked like a “thriving medical practice.” The teenager, who calls himself “Doctor,” even gave a local TV news crew a tour of his facility. 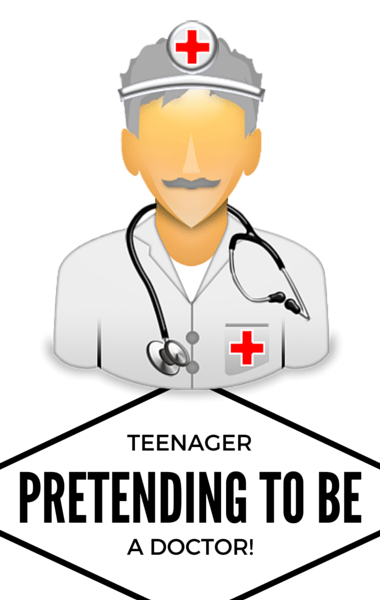 Dr Oz and Montel Williams discussed the shocking story of an 18-year-old who was posing as a doctor and treating actual patients. (drneelesh / Flickr)

In March, Love-Robinson was arrested again after an 86-year-old woman he had been treating for stomach pain, claimed he had defrauded her for $34,000. He was released on bail and ordered to stop practicing medicine. But how could it even have happened in the first place?

Montel Williams sat down with Dr Oz, after working with Dr Oz’s producers to learn more about what really happened. Malachi was contacted and asked to come on the show to state his case, to which he agreed, but two days before the show’s taping, he was arrested.

Montel began by saying that Malachi has been making allegations against the medical community and the police, saying the issue is racially motivated. Montel then said “this is a young man who knew he was going to prey on people from his own community.”

According to Montel, when you listen to Malachi, he sounds like a brilliant young man. The problem is that he used his intelligence to deliberately scam people. The scary reality is that most people wouldn’t have been able to tell the difference. He was claiming to be a homeopath, claiming that he had training in vitamins.

Montel was most concerned about how easy it was for Malachi to establish himself as a doctor online. He proved how easy it was to get a diploma online, explaining that the website even told him he could use the title “Doctor” because with it. It cost him just $29.95! Even worse, is that Montel learned he could literally sign up for a Saturday class that would teach him how to inject patients.

Montel Williams isn’t a stranger to inexperienced doctors posing as more than what they truly are. After tearing a muscle in his chest, he saw a doctor in California who diagnosed him with breast cancer and performed a double mastectomy. It’s taken years since then for Montel to build his chest back up to even look somewhat normal. Because of that, he can’t imagine someone purposefully scamming patients, putting their lives at risk.