Dr Oz brought together experts from all over to weigh in on the Zika virus and share everything you need to know to protect yourself and your family. It’s been confirmed that Zika has hit America. The virus, mostly spread by the bite of an infected mosquito, but once you’re infected, you can become a carrier, spreading the infection through intercourse.

Everyone is at risk, but pregnant women are the most vulnerable because of the harmful consequences. Zika can attack the brain cells of an unborn baby, causing a birth defect called microcephaly.

When you’re infected, no one yet knows how long the virus can stay in your system and be passed to intimate partners. Doctors are advising carriers to use protection during intimacy for up to six months. Florida has reported at least 35 cases of locally-acquired infection and officials have now discovered the first pool of Zika-carrying mosquitoes in Miami Beach. Gulf coast states have begun preparing for an outbreak, but all 50 states are on alert, because one potential carrier of the virus, the Aedes Albopictus, can travel as far north as Maine. 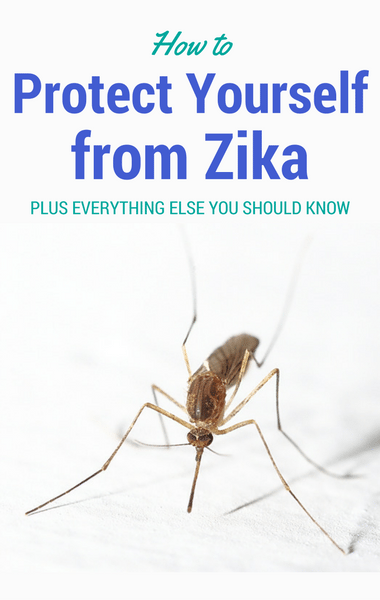 Dr Oz shared vital information about the zika virus and why it’s so important to not only understand it, but support research for it. (joao_trindade / Flickr)

Dr Oz met with three health department officials to find out what was being done in preparation of the Zika virus. He was told that mosquito traps were set up all over the city to track the bugs. Once the mosquitoes are trapped, they’re brought back to the lab to be tested. According to a new March of Dimes survey, the majority of Americans are concerned there will be a large number of Zika cases next year, while 75% support increased federal funding for research.

Director of the CDC, Dr Tom Frieden, stated that the CDC is working 24/7 “but without additional money from congress, we’re not able to do everything we should be doing to protect Americans.”

Dr Frieden stressed the importance of using mosquito repellent, even if they’re not in any of the Gulf coast states. If you travel to an area where Zika is spreading, you should definitely continue using it for at least three weeks when you get back. The NIH funding to fight Zika is set to run out at the end of September. Dr Frieden explained that a lack of funding means not being able to test women and others for Zika and being unable to learn more about the disease to control mosquitoes more effectively.

At one point, a plan to fight the Zika virus reached the floor of the senate but was rejected because of a “spat” between Republicans and Democrats. Dr Frieden urged congress to understand the need for an Infectious Disease Rapid Response Fund, that way next time, there won’t be any sort of delay.

Scientists are learning more about Zika every day, but still don’t know a lot about the virus. For example, it’s not known whether babies without microcephaly born to mothers with Zika, will have neurological problems later on.

Dr Oz: How You Can Prevent Zika Infections

Dr Sanjay Gupta just returned from Brazil, a hot spot for the Zika virus. Dr Gupta explained that about 80% of people who get a Zika infection may have little or no symptoms at all. But what makes it different, is the issue with birth defects. It’s known that the virus crosses into the brain and happens when a fetus is still developing.

Dr Gupta pointed out that the mosquitoes carrying Zika are typically daytime mosquitoes, which is why you need to wear deet bug spray, even if you’re pregnant because it is safe. If there’s standing water around your home or in your neighborhood, take care of it or report it if necessary. You should also pay attention to travel warnings, especially if you’re pregnant.