Dr Oz began his show by sharing that at his alma mater, the University of Pennsylvania, six students took their own lives. Across the country, students are under so much pressure to be perfect that they begin to feel anxious and depressed. The phenomenon is called “duck syndrome” because on the surface, a duck looks very calm, but beneath the surface, the duck is frantically paddling its feet trying to stay afloat, much like a lot of kids of adult age who are just becoming mature. 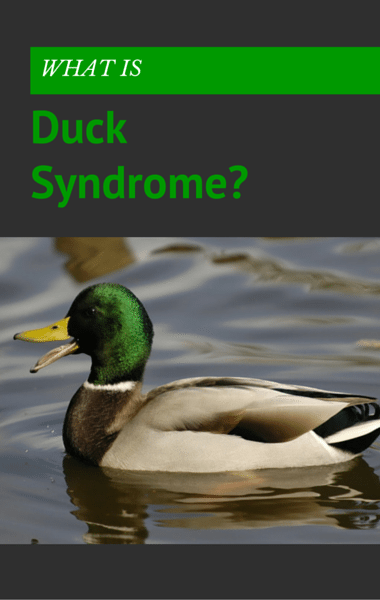 It used to be that young adulthood was a time of challenge, discovery, and growth, with many referring to their college years as the best four years of their life. Now, college counselors say more than half their students have severe psychological problems, the most common of which is anxiety and depression. Almost 1/3 of all college students say they have felt so depressed, they had trouble functioning. Approximately 80% felt overwhelmed and 45% felt helpless. According to the CDC, suicide is now the second-leading cause of death for young people between the ages of 15 and 24.

Dr Oz then sat down with Eliza, a student at Brown University who shared that she has struggled with severe anxiety. Eliza explained that a lot of the pressure comes from being a “small fish in an enormous sea” of intelligent people, and feeling like they can’t compete. She said you know, realistically, that not everyone around you is perfect, but they all put up a good front and make it seem like they have it all together, making you feel like it’s never enough.

The big thing Eliza did was ask for help, which is something a lot of young people aren’t doing. She explained that she’s fortunate to be close to her family and she felt comfortable going to them, but that’s not the case for everyone. The problem is that so many people aren’t seeking help, which is why 23 young people at colleges across the country died by suicide in just a 13-month period.

One of those young people was 19-year-old Madison Holleran who was a student at University of Pennsylvania. Her dad is in therapy weekly in order to cope with her death. Dr Oz said it’s personal for him because his daughter is the same age as Madison and knew her. He said no one expected Madison to be “the one.”

Madison’s parents explained that they knew their daughter was struggling which is why when she came home for the break, they got her into therapy. It was helping her and they planned on continuing. Dr Oz then showed the very last picture Madison posted, a picture of the holiday lights in Philadelphia. Her dad said she wanted the world to see brightness in her last photograph.

Madison’s sister said Madison likely didn’t realize the pressure she was going to be under, because she was so excited to go to college. Madison’s sister said not once did she ever think she would lose her sister, but she did notice that over Thanksgiving break she wasn’t her usual bubbly self. Madison’s family wants to spread awareness and know that they’re not alone. It can truly happen to anyone.