As he discussed growing fears over the Zika virus, Dr Oz turned to a reporter stationed in Miami Beach. Nearly 800 travel-related cases of Zika are now being reported across the state of Florida, 49 of which were transmitted locally. Out of all cases in Florida, 90 were were pregnant women. Many residents of Miami Beach are now claiming that the chemical being sprayed from above in attempt to combat the virus, is actually making them sick. Protests are now being held across South Florida, with some government officials going as far as to say that fears are invalid.

Now, researchers are paying close attention to the potential for Zika to lead to mental illness. Dr Ian Lipkin explained that the virus kills stem cells in the brain, which means it could have an impact on everything from ADHD and Autism to Alzheimer’s and Parkinson’s. Animal models are used in research, and those studies have shown that the virus can have those kinds of impacts, which means they’re not too far off. Additionally, particularly on a cellular level, Zika and Dengue actually look almost identical. 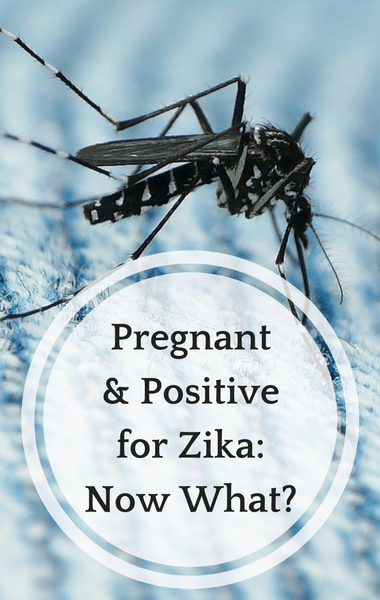 Dr Oz sat down with a woman who’s seven months pregnant and tested positive for Zika. What does that mean for he health of her unborn baby? (conifer / Flickr)

The similarities could be helpful in the sense that things like Dengue and West Nile have been treated before, but at the same time, it’s not yet known how to “tweak that system perfectly so we get the results we wanted.”

Dr Oz then spoke to a woman, seven months pregnant, who was diagnosed with the Zika virus. Dr Jennifer Ashton was by her side as she opened up about her fears, and recalled rashes and fever as symptoms of the virus. Sarah then shared that at about 30 weeks, she was told that they were going to keep performing ultrasounds to check on the size of the baby’s brain. After amniocentesis, she was revealed to learn that her baby tested negative for Zika, but the concern was still there.

Dr Ashton explained that it’s not known what percentage of pregnant women who become infected with Zika go on to pass it to their babies. There’s also not enough evidence to determine a specific time interval between infection and having the baby and having the baby be infected.

Because it’s so calming for Sarah to get to see her baby, Dr Oz and Dr Ashton brought in a stenographer, or a licensed ultrasound tech, to perform an ultrasound on Sarah. Dr Ashton first wanted to look at the brain and fetal head, and noticed that the baby was head-down, or “in position.” The stenographer, as they typically do, took a measurement of the circumference of the fetal head. That number would then be compared to what it was during the last ultrasound and what it is during the next one.

Because stress can affect an unborn baby, Dr Oz urged Sarah to stay as worry-free as possible, as hard as it may be.