Dr Oz: Heart Beating Outside Of Her Chest

Dr Oz introduced a 6-year-old girl who loves to dance, go to school, and draw. She sounds like an ordinary 6-year-old, but Virsaviya is unique. She was born with her heart outside of her chest. It beats just like normal, but it’s visible outside her body, underneath her skin. Virsaviya was born with a rare and life-threatening condition, causing her heart to protrude outside of her chest. Doctors had told Virsaviya’s mother that Virsaviya wouldn’t survive, which is why her story is even more of a miracle.

Without surgery, Virsaviya’s condition is almost always fatal. She and her mother came to the U.S. from Russia looking for treatment, but right now she’s not a candidate for surgery. They can only wait and hope for the go-ahead. Until then, she tries to live as normally as possible. Virsaviya was thrilled to take a hip hop dance class, saying that dancing makes her feel free. Virsaviya’s mother is always there to be sure her daughter isn’t pushing herself too hard. 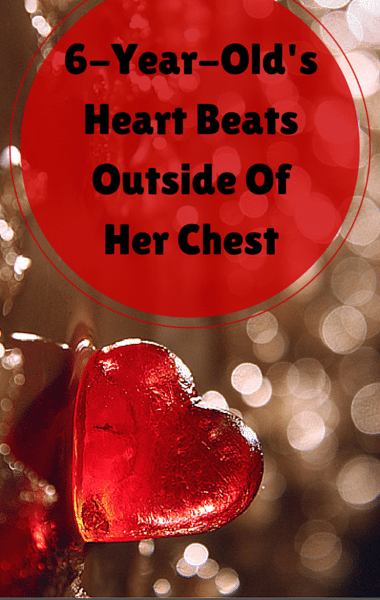 Dr Oz shared the incredible story of a 6-year-old girl who was born with her heart outside of her chest. (seyyed_mostafa_zamani/ Flickr)

When people heard about Virsaviya’s story, they helped in any way that they could, proving that her story is not only moving, but inspirational as well. Dr Oz then explained that Virsaviya has been called a miracle child because of her condition called Pentalogy of Cantrell. It all starts in the womb, because inside the womb the heart is outside the body with the intestines, as it’s supposed to be. But during development, rather than going back inside the body, Virsaviya’s heart stayed outside.

The rest of Virsaviya developed normally, but the bones in her chest didn’t come together, the muscles have hernias in it, and the heart itself has a hole that allows blood to go back and forth like it’s not supposed to. That’s why doctors are hesitant to operate on her. She generally lives a normal life, but Virsaviya’s mom and doctors are cautious of cold weather, which is why Virsaviya couldn’t travel to New York to visit with Dr Oz.