Today is Dr. Oz’s biggest show ever! It is the 5th year anniversary of the Dr. Oz Show and he is celebrating big with some of his most memorable guests and sharing some of his fans’ biggest accomplishments.

Dr. Oz says his show would not be successful if it was not for his fans, so today’s 5th anniversary episode is dedicated to all of you! Here are some of the amazing accomplishments Dr. Oz and his fans have achieved over the years: 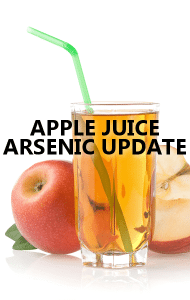 One of Dr Oz’s proudest moments over the years is raising awareness about arsenic in apple juice and how it led to a rule change from the FDA.

While these are all amazing accomplishments, Dr. Oz says he is most proud of speaking out and seeing change in the policies that affect the health of you and your family.

One of the biggest issues that Dr. Oz spoke out about is also one that caused a lot of controversy and brought him some criticism. When he discussed how the apple juice you buy contains toxic levels of arsenic, people paid attention. From fellow physicians to the FDA, everyone joined in on the conversation which resulted in a firestorm for Dr. Oz, but he did not back down and thanks to his fans and their demand for answers and better regulations the FDA finally made a change in the summer of 2013, nearly two years after Dr. Oz’s initial investigation.

Dr. Urvashi Rangan of Consumer Reports says their own research into the levels of arsenic in apple juice really opened up a lot of people’s eyes to the truth about our food supply and the possibility of carcinogens in the foods we feed our family.

A parent who appeared on Dr. Oz’s show when he originally discussed the harmful levels of arsenic being found in apple juice returned to talk about how it changed the way he looks at food. He says he now reads every label at the grocery store and has started to treat apple juice just like soda, which means he simply does not buy or drink it. He admits his kids resisted the change at first, but the entire family has come to love drinking lots of water.

Another controversial topic Dr. Oz took on was the shocking truth that Gatorade Sports Drinks contain brominated vegetable oil (BVO), which is often used in flame retardants. BVO has been linked to headaches, fatigue and loss of muscle coordination and thanks to a petition created by one 16-year old girl something incredible happened. She gathered more than 200,000 signatures, which led to an announcement from Pepsi that they would remove BVO from Gatorade Sports Drinks. This just goes to show you are never too young to make a big change!

Gatorade is not the only food that has contained questionable ingredients. Two moms were very concerned to find Yellow Dye #5 and #6, which are made from petroleum, in their children’s favorite macaroni and cheese. They made headlines when they petitioned Kraft to remove it from their Mac & Cheese, which happened when the company finally announced they would remove the artificial dyes from their products marketed to kids.