Dr. Oz had been sharing some eye-opening information surrounding the products you are feeding yourself and your family. He revealed health threats that you probably did not even know about, like flame retardants in soda and cancer-causing substances in potato chips. He was not done yet, though. Doctor Oz had one more warning that you need to hear because it may be the one that affects your family the most!

The next shocking health warning that Dr. Oz wanted you to hear about is regarding a chemical called BPA, or Bisphenol A. BPA is found in many of the products that you and your family use, eat and drink every day and has been linked to cancer. Only recently did the FDA finally ban BPA from all children’s products, but it is still heavily used in canned goods. 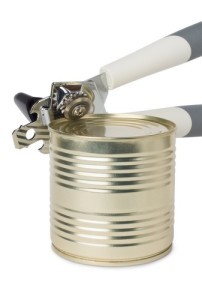 Heather White told Dr. Oz that BPA exposure is greatest for those who eat canned foods, so limit them in your diet.

Depending on the food in the can, the level of BPA exposure could increase, like in the case of tomatoes. Heather White from the Environmental Working Group told Dr. Oz that BPA was found in umbilical blood, so they know that environmental toxins have a huge effect on babies in the womb. She believed that BPA needs to be removed from food packaging completely because of the high risks involved, especially for pregnant women. Heather told Dr. Oz that BPA has been linked to obesity, neurological development issues, breast cancer and prostate cancer, so we should all be very concerned about the affects of BPA.

Heather White said that BPA poses a lot of health risks, especially for our children, so it needs to be removed from all of our food packaging. The biggest concern is with canned foods. Heather shared a study that revealed alarming results. The participants were given a serving of canned soup every day for five days and their levels of BPA went up 1,000 times, so avoiding canned foods can lower your exposure by a huge amount.

Dr. Oz was clear when he said that companies are, in fact, following FDA guidelines when they package foods, so until that changes they are doing what they are required to do. He added that some companies have removed BPA from their canned goods, but many others have not. Dr. Oz said that he is a huge supporter of canned foods and their nutritional value so he has a few steps that you can take in order to minimize your BPA exposure.