Do know someone who experiences pain in their joints combined with rashes and/or bloating? If so, it could be due to a medical mystery that doctors cannot seem to solve. Have you ever heard of Leaky Gut Syndrome? Find out one mother’s quest to end her son’s pain and cure him of this debilitating illness.

Most doctors have never heard of Leaky Gut Syndrome, let alone know the best way to treat it, but one mom was determined to cure her son and end his pain. Susannah Meadows was an investigative reporter for the New York Times magazine and a skeptic by nature, so when her three-year old son suddenly became ill she knew where to find the help she needed. Susannah’s son, Shepherd, was complaining of pain in his knees so she took him to his pediatrician. They performed tests, referred him to a specialist and then the devastating diagnosis of Juvenile Idiopathic Arthritis was delivered. Susannah said she and her husband were told that without treatment, Shepherd would have permanent joint damage and maybe even disability. She remembers thinking there was nothing she would not do in order to stop her son’s pain, but when her sister recommended alternative medicine, Susannah admitted she had no interest in talking to a “kook.”

Susannah Meadows’ son Shepherd was put on anti-inflammatory medication (NSAIDS), but they did not work and his arthritis began to spread causing him a great deal of pain. The next step was to put him on a much more powerful drug known as Methotrexate, which is commonly used to treat Juvenile Idiopathic Arthritis. Methotrexate is a chemotherapy drug with potentially dangerous side effects. Shepherd’s parents felt they had no other option but to put him on the medication in the hope it would help to relieve his pain.

Susannah recalled being very troubled by the potential harm Methotrexate could cause her son, which led to a feeling of desperation so she decided to call the doctor that her sister had recommended. Susannah said she began to describe the symptoms of Leaky Gut Syndrome, which began to make a lot of sense when she thought about what her son was going through. Dr. Oz explained the theory behind Leaky Gut Syndrome is that damage in the intestines causes bacteria and toxins to leak out into the body and begin to cause symptoms like joint pain, rashes, bloating or even depression. 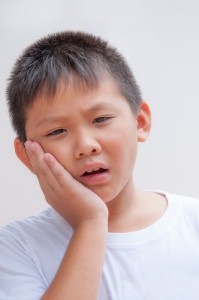 Dr Oz talked to a mother who cured her son’s Leaky Gut Syndrome through diet and supplements!

Susannah Meadows decided to give the alternative method a shot and see if it could help her son. She removed gluten and dairy from his diet and she limited his sugar intake. She also eliminated potatoes and tomatoes while adding a high dose of Omega-3s, Montmorency cherry juice and a probiotic every day.

Susannah explained she also gave Shepherd a Chinese herbal concoction every day, but his doctor was skeptical. Shepherd’s doctor gave Susannah the go-ahead to try the dietary treatment for six weeks as long as she agreed to also continue with the medications. She remembers that weeks went by and Shepherd appeared to be getting worse leading to his doctor recommending a higher dose of medication, but Susannah insisted on continuing with the lower dose along with the alternative protocol she had in place. She promised that if she did not see improvement at the six week mark then she would agree to increase the dose of his medication.

Susannah remembers that after six weeks, to the day, Shepherd got out of bed all by himself for the first time and actually expressed to his parents that his knees did not hurt anymore. Susannah was happy to share that Shepherd is now medication-free and without pain, which would make any parent smile.

Susannah Meadows told Dr. Oz that she cannot be truly certain of what cured Shepherd since he was taking Methotrexate and following an alternative medicine protocol at the same time, but in her heart she believes it was the dietary and supplement changes that truly made the difference for her son. Dr. Oz added that there is something of a war going on with our health today because of the constant battle between conventional medicine and alternative medicine. Dr. Oz said that conventional doctors simply do not have enough knowledge when it comes to alternative methods, so they are really in no place to shoot down a treatment just because they do not understand how it works.

Dr Oz: All Disease Begins In the Gut

Dr. Robynne Chutkan, a gastroenterologist, agrees with Dr. Oz that many patients are not benefitting from alternative medical treatments because oftentimes traditional medical providers are shut off to the idea. Dr. Chutkan said that Leaky Gut Syndrome is becoming more common and she argued that all disease begins in the gut, especially those that are autoimmune in nature. Could you suffer from Leaky Gut Syndrome and not even know it?