Dr Oz: Can Measles Cause Death?

Dr. Oz has an important health alert that affects everybody because there is an alarming return of three dangerous diseases, including measles, whooping cough, and one similar to polio, which is frightening to health officials who believed we had completely wiped out these deadly diseases.

For the last two decades the measles virus has been virtually wiped out of the United States, but now it is making a scary comeback with 84 cases sweeping across 11 states in just eight short weeks. Dr. Oz says measles is one of the most contagious diseases on the planet because 90% of people who come in contact with the virus get measles.

Dr. Oz believes the measles vaccination is equally important for children and adults, as the best form of protection. 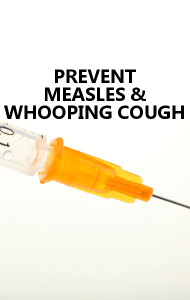 Dr Oz has a scary health alert about the recent comeback of three deadly diseases.

Dr. Oz tells his audience he has never seen a case of measles since there has always been a vaccine for it throughout years of practicing medicine, so he had no idea what to look for or how to diagnose the disease until the recent outbreaks forced him to learn.

Dr. Oz says the problem is that once you have the measles, you cannot treat the disease, you can only treat the complications of it.

Dr. Lisa Thornton says we are seeing a surge in diseases like measles because unimmunized people travel to places where it is more prevalent and bring the disease back to the United States. She explains that 97% of people who get the measles are either not immunized at all or they are ‘under’ immunized, with many of the affected being adults.

Dr. Thornton says measles can be very dangerous with about a third of those who get it requiring hospitalization. Even worse is that it can lead to meningitis, pneumonia, blindness, brain damage, deafness, and even death.

The best way to protect yourself is to get immunized, especially for adults who are unsure of how long it has been since they were vaccinated, because once you are fully vaccinated you are fully protected from getting measles.

Another frightening disease making a comeback is whooping cough and what makes this one more scary is that the vaccination is not permanent because the immunization is less potent.

Polio was one of the most feared diseases of all time, but the vaccine changed all that and became one of the greatest success stories of modern medicine. Now there is a mysterious new polio-like virus paralyzing children in California, which has health officials deeply concerned. Even more worrisome is that since doctors have never seen the disease before they are unsure how to treat it, which has everyone, especially parents extremely concerned.

Dr. Thornton says the children basically started out sick with a cold that led to permanent paralysis after a few days, which has been devastating for their parents and for the medical community who is struggling to figure out the cause.