Dr Oz: Is Your Child As Grown As You Think?

Dr Oz knows that because college students and young adults are under so much pressure, they’re experiencing anxiety and depression in alarming numbers. He said the reality is that your child may not be as grown up and ready for adult pressures as you would think.

He showed functional MRI scans that look at how the brain is functioning. The shocking part is that a 20-year-old brain still has immature areas in the pre-frontal cortex, which means that brain is still incapable of making complex decisions.

Dr Oz then spoke to a woman who’s brother was a senior at Columbia University when he killed himself. Since then, she founded Active Minds, an organization that uses students to help get rid of the stigma of mental health on college campuses. Alison Malmon explained that a lot of the pressure students face is coming from themselves. Dr Allison Baker, a psychiatrist, explained that parents sometimes contribute to more anxiety about success. 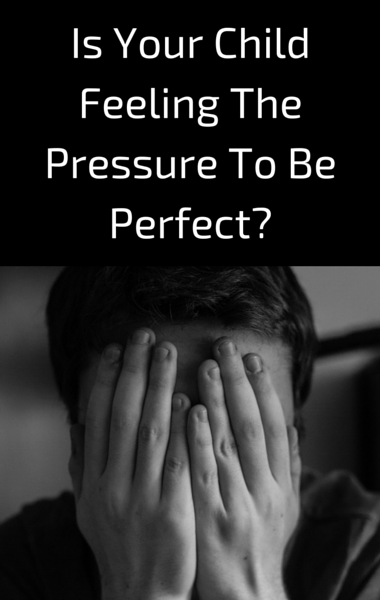 Dr Oz talked to several young adults, parents, and experts about the pressure to be perfect that is causing so many young adults to take their own lives. ([email protected] / Flickr)

Dr John Draper, from the National Suicide Prevention Lifelines, said he can understand what some of the pressures are. College is a difficult time of life with students having no experience to really draw from. One in six kids in high school are seriously thinking about it and one in thirteen are attempting suicide. Those are truly staggering numbers.

Dr Oz: Signs Of Depression To Look Out For

The first and most obvious thing to look for is someone talking about suicide or talking about wanting to die. You also should look for an increased use of alcohol and drugs or feelings of hopelessness. Sleeplessness and losing interesting in things you used to enjoy are also signs. Social support and being there for your kid is incredibly important.

Dr Baker said colleges need to continue to build an environment where students can share real experiences and feel comfortable reaching out for help they need and deserve. Dr Oz took a course called Mental Health First Aid to help identify the pressures his children could be under. Anyone can take the course and you can find it at MentalHealthFirstAid.org. He said the most important thing to do is ask your child how they’re doing.

Dr Oz: Pressure To Be Perfect

Some will argue that perfectionism is one of the most destructive diseases among American children. Dr Oz talked to a few college students in his audience, who shared that they’ll see things on social media and it looks as if everyone around them is doing better. Another young woman said, at the end of the day, it’s about wanting to be perfect. Some kids feel the pressure to do well for their parents and don’t want to reach out because they don’t want to seem weak.

For those who are just coming into college, the young adults said to plan ahead, while another girl said her social life actually helped her because she had a support group who was there for her every day. She said if you’re a college freshman, don’t be afraid to reach out and make friends because everyone is feeling the same as you are.

Dr Oz: Does Helicopter Parenting Pressure Kids Too Much?

Dr Oz took a poll on his website asking if helicopter parenting pressures kids into feeling like they need to be perfect and 61.2% said yes. Dr Allison Baker said it’s important to spread awareness and let parents know that there are real costs and risks to helicopter parenting. She said you should let your kids work toward independence much earlier than just the summer before college. It’s important to find balance and let your kids know it’s okay to not be perfect.

Dr Oz said first, talk to your kid and ask them how they are doing. Then, ask a follow-up question to find out even more information based on their first answer, because it’s often the second question that will really tell you what you need to know.

How are you teaching your kids independence?