Dr. Oz has a great episode on April 27, 2015, talking to Oscar winner Mo’Nique about how she lost 100 pounds and sharing plenty of great recipes from Rachael Ray. Check it all out below! 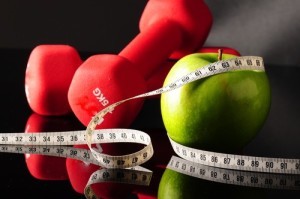 Dr. Oz will talk to Oscar winner Mo’Nique on April 27, 2015, about her incredible 100 pound weight loss and the recent controversy surrounding her comments about Hollywood. (berna namoglu / Shutterstock.com)

Oscar winner Mo’Nique will come by Dr. Oz to discuss how she lost an incredible 100 pounds. Extreme weight loss stories are always so inspiring on Dr. Oz and this one should prove to be no different.

She’ll also likely discuss the controversy surrounding her recent statements that she’s been “blackballed” in the industry. Most of her comment seem to be directed at Lee Daniels, who she claims would’ve given her the Oprah role in The Butler and the Taraji P. Henson role in Empire if she wasn’t “blackballed” for her comments during her Oscar acceptance speech, where she said she was glad she received the award, even though she didn’t play the game. However, not playing the game, it seems, has cost her Oscar roles.

The incredible Rachael Ray will also come by Dr. Oz to share some great, healthy recipes. She’ll reinvent dinner by showing you some great methods to boost the flavor of your food without adding any calories.

This will be a great segment because swimsuit season is just around the bend and it can be very difficult to think of healthy ways to have dinner without being boring. Rachael Ray is spicing up dinner while still being kind to your waistline.