Dr Oz’s Show on July 27, 2011 is all about Medical Marijuana.  Very rarely does Doctor Oz devote an entire show to just one topic, but Medical Marijuana is so controversial that the whole hour was spent debating and discussing the pros and the cons of using it.  I was shocked to learn that Medical Marijuana is actually already legal in 15 states (here is the list of which states have legalized it: States Marijuana Is Legal In).

Doctor Oz brought Montel Williams on his show to discuss the benefits of Medical Marijuana for people such as himself. 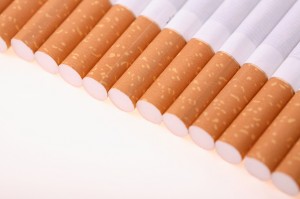 Montel suffers from MS (Multiple Scleroses), and says that living his life without marijuana would be practically unbearable.  However, other doctors such as Dr Andrea Barthwell said that the dangers of legalizing marijuana outweigh the benefits.  Dr Bathwell’s greatest concern was for America’s teens and children, who seem to start smoking marijuana in higher percentages when marijuana is legalized in their state.

Dr Oz was also joined by a lady named Sandy who lives in New Jersey, which is one of the states where Medical Marijuana has been legalized.  However, Sandy says that the laws in New Jersey make it virtually impossible to get, even if you have been authorized by your doctor to have it.  This is very different than the apparent situation in California, where the Medical Marijuana laws are so relaxed that just about anyone seems to have access to it.  So what do you think – should Medical Marijuana be legalized?  And if so, which state should be used as the model for the laws?  Please leave your thoughts below in the comment section!

Here are recaps of everything that Dr Oz spoke about on the July 27 2011 episode of the Doctor Oz Show: