Dr. Oz is talking about his 5 Miracle products today, those products that can bring you wonderful benefits in your daily life. He began the show with introducing you to Coconut Oil, the miracle fat that actually fights the fat that is in your body. He is continuing the conversation about Coconut Oil with some experts who will share how they use Coconut Oil in their daily lives in their Coconut Pancakes and Coconut Popcorn Recipes.

Pina LoGiudice, a Doctor of Naturopathic Medicine, says that she considers Coconut Oil a super food because of the amazing benefits it offers, like fighting fat, boosting metabolism, and lowering cholesterol levels. She mentions that for a while we were told to avoid it because it was loaded with saturated fat, but research has shown this not to be the case.

Pina says that she loves to cook with Coconut Oil and since breakfast is the most important meal of the day, this is where she likes to make a big healthy meal for her family. Since her daughter loves pancakes she incorporates Coconut Oil into them for the added health benefit and of course when she cooks the pancakes, she uses Coconut Oil in the pan instead of butter. 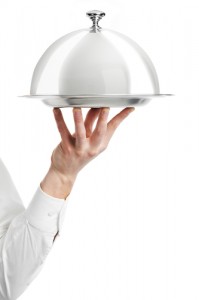 Pina LoGiudice, a doctor of naturopathic medicine, says that Coconut Oil is good for your heart because it will help lower your cholesterol levels. Get her Coconut Pancakes Recipe.

What you need for Pina’s Coconut Pancakes:

Melissa Clark, who is food writer, also joined Dr. Oz to talk about why she likes Coconut Oil so much. She says she likes the versatility of Coconut Oil more than any other reason.

From putting it into a super hot wok for a stir fry to adding it to a mix for baking, she simply loves that there are so many ways to use Coconut Oil. Melissa’s favorite afternoon snack is popcorn made with coconut oil because the popcorn is loaded with fiber and low in calories so it will fill you up and keep you satisfied until dinnertime.

What you need to make Melissa’s Double Coconut Popcorn:

Melissa says the key making good popcorn is not to burn it, so here is what she says to do in order to make the perfect popcorn every time. Place a big pot on the stove and add a thin layer of Coconut Oil, then add a thin single layer of popcorn kernels and continuously shake the pan until you hear the popping start to slow.

Melissa says that if you put too much popcorn in the pan, the kernels on the bottom will burn and the ones on top may not pop at all. She says the key is to use as big a pot as possible so the kernels can be in one thin layer, which also means they will pop faster so you can eat and enjoy it that much faster as well.