Chef Rocco DiSpirito was back with Dr Oz to share ways to satisfy your sweet and salty cravings for under 50 calories! Rocco has been working to find ways to make low-calorie foods taste great, ever since finding out about 12 years ago that he was heading down a dark path in terms of his health. He has a history of heart disease in his family and was told he could either take a bunch of pills or he could make lifestyle changes. He chose the latter and a year later did an Iron Man. Ever since, he’s been “re-engineering food” to make them healthy and delicious. 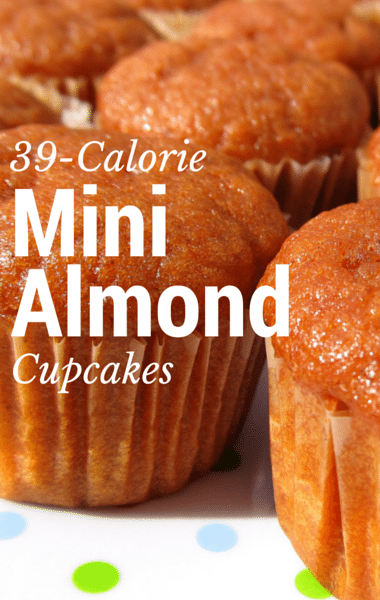 Rocco DiSpirito shared a few of his low-calorie sweet treats with Dr Oz viewers, including his Mini Almond Cupcakes that are just 39 calories each! (seelensturm / Flickr)

If you struggle with sweet cravings, there are a few ways you can satisfy your sweet tooth without wrecking your diet. One of those was with his Mini Almond Cupcakes with Mixed Berries. These gluten-free, dairy-free, and sugar-free cupcakes are so delicious you won’t even realize you’re eating healthy! Instead of icing, he used mashed up fruit either by itself or with a natural sugar substitute. Plus, they’re so nutrient dense, the cupcakes fill you up quick, which means you’re eating a lot less to feel more satisfied!

Rocco also shared his Coconut Clusters, which clock in at just 41 calories for two! He found a way to use half coconut and half shredded parsnip in a macaroon recipe to save on calories, fat, and sugar.

His Chocolate Thin Mints are 50 calories for two as well and they’re super easy to make. He used an organic brown rice cracker and drizzled a good amount of sugar-free melted chocolate or a mixture of dark chocolate with a sugar substitute over top. Then he added real mint leaves sprinkled over top.

Dr Oz learned a few low-calorie tricks for satisfying a sweet craving with chef Rocco DiSpirito, and then Rocco stuck around with even more low-calorie salty snacks. You don’t have to ruin your diet by devouring handfuls of snacks whenever a craving hits. Save yourself the guilt and reach for one of Rocco’s snacks instead. First, you can make a Popcorn and Kale Crumble that’s just 40 calories for two cups! You can use a cheap popcorn maker to air-pop the popcorn without oil, but be sure to get non-GMO popcorn. The kale comes from broken up kale chips that are mixed in with the popcorn.

Another idea is sweet potato chips, which clock in at just 37 calories per cup! Instead of greasy, fried potato chips, you only have to slice a peeled sweet potato on a mandolin. You can season them however you want, then just put the seasoned slices in the microwave for about 30 seconds per side and they’re done!

Finally, you can also make turkey jerky that’s just 45 calories. Just use lean ground turkey with some seasoning, then roll it out flat between plastic before putting it in the microwave to dry it out a bit. It’s truly that simple! Now, do yourself a favor and click next page to get Rocco’s cupcake recipe.