According to Dr Oz, the time to protect your brain is now. During the summer of 2016, remarkable breakthroughs were made in Alzheimer’s research. He brought together a team of experts to reveal the ultimate Alzheimer’s prevention plan. Dr Sanjay Gupta, a neurosurgeon and CNN Chief Medical Correspondent, Dr Richard Isaacson, Director of the Alzheimer’s Prevention Clinic at Weill Cornell Medical Center, and Dr Wendy Suzuki, a neuroscientist and Director of the Suzuki Lab at NYU’s Center for Neural Science.

Dr Oz: Alzheimer’s From An Infection 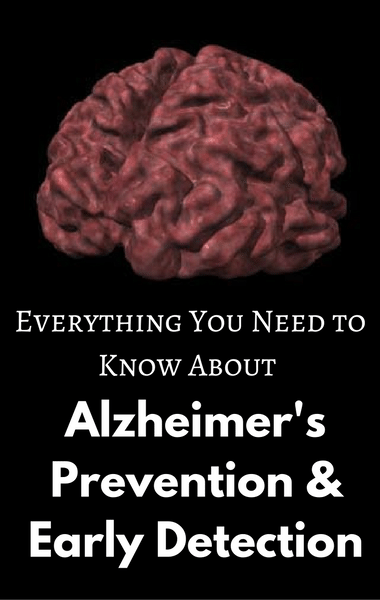 Dr Oz and a team of experts discussed the latest breakthroughs in Alzheimer’s prevention and early detection. (isaacmao / Flickr)

Dr Oz first turned to Dr Gupta to learn more about the research that suggests Alzheimer’s may stem from an infection. The idea is that there’s potential for an infection to end up in the brain, instead of disappearing from the body entirely, even after symptoms are gone. Dr Gupta explained that the infection could settle in an area of the brain responsible for memory. The body would attempt to fight that infection like it always does, causing a build-up of plaque that doesn’t go away, even after the infection is gone.

Dr Gupta further explained that if we know that those seemingly innocent infections could cause more severe problems down the road, there’s an opportunity to more aggressively treat infections earlier on or possibly even develop vaccines to prevent Alzheimer’s later.

Next, Dr Oz wanted to take a closer look at an early detection tool that could change the way Alzheimer’s is detected. Dr Isaacson explained that researchers are looking for any way to detect Alzheimer’s even years before symptoms start, which makes the smell test “perfect.” It costs $20 which means it’s inexpensive and can give doctors a clue that there’s something going on, before memory loss symptoms.

The test looks like a little booklet and Dr Oz actually did the test himself before the show. The test attempts to use the nose to identify the smell, called odor identification. If you can’t remember the smell or can’t determine what it is, it’s a sign of neurodegeneration, or basically brain aging that shouldn’t be there. It could be a sign of a number of different causes such as Alzheimer’s or Parkinson’s, but the smell test is a great way to determine if a patient should undergo further testing to figure out what’s going on.

Alzheimer’s starts in the brain over 20 years before symptoms, which means early detection could lead to a higher chance of treatment success.

Dr Oz then wanted to hear from Dr Suzuki about whether an estrogen patch could be beneficial for intervention for women. Dr Suzuki explained that there’s a new study showing hope, but it’s a small preliminary study. New research had women go on an estrogen patch right after menopause. The study looked at women with a particular gene that predisposed them to late-onset Alzheimer’s. In a small number of women, it was found that the women on the estrogen patch right after menopause had significantly fewer plaques three years after the study completed, suggesting a new intervention for women.

There are also many people suggesting medical marijuana can be effective as a tool to slow down Alzheimer’s and potentially stop it. Dr Gupta pointed out that the studies are early, but medical marijuana does appear to have an anti-inflammatory effect in the brain, which means a potential to prevent plaques as opposed to treating plaques. But medical marijuana is still a schedule 1 substance, which means it’s deemed as having no medicinal value, therefore making it difficult to study.

Dr Gupta and Dr Oz both strongly believed that scientists should have the right to study anything, which means regulations need to change.