Dr Oz introduced three women who were brought together because of their shared ability to connect to people on the other side. He referred to them as “best friend mediums” and wanted to give them a chance to come on the show and explain how their abilities work, and how you can learn to harness your own intuitive powers. Laura Lynne Jackson, Bobbi Allison, and Kim Russo were thrilled to speak with Dr Oz and his audience, hoping to help people heal and better understand those they care about the most. 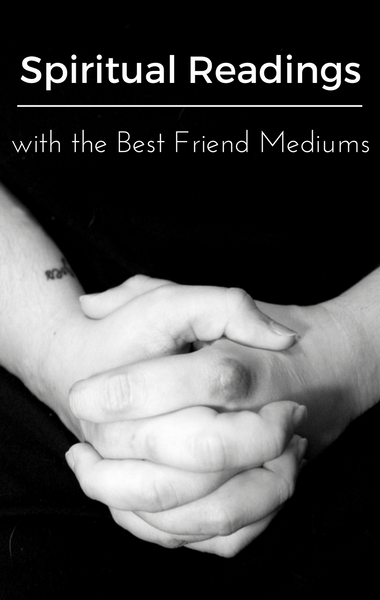 Dr Oz welcomed Laura Lynn Freeman, Bobbi Allison, and Kim Russo, the “Best Friend Mediums” in hopes they could help women connect to loved ones who had passed. (lisa_at_home / Flickr)

Laura Lynne Jackson was just 11-years-old when she discovered her gift. She has been using her psychic abilities to connect people with their loved ones for most of her life. Bobbi Allison uses her gift in private readings and to help law enforcement with investigations. Kim Russo is known as “The Happy Medium” claims she has been seeing spirits since she was a young girl. Since the age of 20, she’s been helping carry messages between this world and the other side.

The trio first met in 2005 at a psychic event meant to test their abilities to connect to the afterlife. They continue to speak regularly to share experiences and catch up on either’s lives. Sometimes they’ll even seek advice from one another.

They joined Dr Oz, and Laura spoke up first explaining that she tries to live a normal life as a teacher, but just like the other two, she has a calling and a responsibility that she needs to honor in order to help other people.

Dr Oz then brought together eight women who each experienced a tragedy in their life and were hoping to connect with a loved one with the help of one of the mediums. Laura explained that she, Bobbi, and Kim actually like to work together, but will typically determine ahead of time who feels the biggest pull to go first that day. They do believe there is power in numbers and simply open up to let whatever is there come through.

Kim explained that the other side has a certain frequency and if they can connect to the same frequency as all three women, they can pick up on the same spirit.

All eight women acknowledged that they had never met any of the three women. Laura stepped up and explained that she would feel a pull toward someone in particular and would go to that person to share whatever was coming through to her. She immediately stepped to a woman in the front row, feeling a younger male presence with a letter D and number 3 coming through. The woman made no connection to any of that information, but a woman in the back row revealed that she did.

Laura then stepped over to her, and learned that the woman lost a young man who’s name was Deante. Laura incorrectly thought it was a brother or son, as the woman shared that it was actually her cousin who she lost, but Laura did correctly state that he was taken from the woman’s life suddenly and unexpectedly.

Kim stepped forward, saying that she was also feeling a strong pull. With the same woman, she correctly acknowledged that the man passed away in a car crash in another state. She kept getting the feeling that it wasn’t his fault, and that he was actually in the wrong place at the wrong time, and the man wanted the woman to know that she shouldn’t be mad at God.

Bobbi then stepped forward, getting a pull from someone else entirely. She grabbed the hand of a woman in the front row and told her that a mother figure wanted the woman to let go of the guilt she was feeling and know how much she’s loved. Laura then correctly stated that the woman works with kids, because she’s a babysitter.

Incredibly Kim then turned to a different woman in the front row who had something special pinned to her bra. She wanted the woman to know that she could never do what the woman did, but that she shouldn’t take that the wrong way. She also hates that didn’t have the time to say goodbye, but said it’s more “until we meet again” instead of goodbye. The woman broke down into tears as Kim reminded her of when her mother came to her in a dream. The woman wears a pin on her bra every day to remember her mom.

Bobbi then helped a woman who lost her father, encouraging her to find peace, which truly hit him for her.

Do you believe in the ability of the best friend mediums? Do you think it’s truly possible for them to connect with people on the other side?