Colette Baron-Reid is known as the “Motorcycle Medium” because she loves to ride her Harley. Colette claims we all have the ability to use our intuition and connect with the other side. She’s a self-proclaimed spiritual guide and psychic medium with the goal to heal. But she doesn’t consider herself a traditional medium because she takes it past traditional mediumship to find the story and where you’ve been “indentured to your past.”

She uses her gift to deliver messages of hope in private readings and on her TV show Messages from Spirit. Colette’s new book “Uncharted: The Journey Through Uncertainty to Infinite Possibility” is a guide to mapping your soul and unlocking your full potential.

Colette Baron-Reid joined Dr Oz and explained that she’s always had her psychic abilities but it “kicked in” when she was 19-years-old and had a near-death experience. She wouldn’t share any details but said it was a very violent experience and for eight years after that she became a drug addict and an alcoholic. When she hit rock bottom is when “everything happened.” She was in a drug dealer’s basement and went upstairs and finally said “help me, help me!”

She claims a bubble came around her and told her it was over, and she’s since been clean and sober for 31 years. She explained that for her, the hard part wasn’t stopping. It was going through the healing and devoting herself to a spiritual path, which is how her gift became something she could do to help other people. She took it one day at a time.

Dr Oz: Are You A Believer Or A Skeptic? 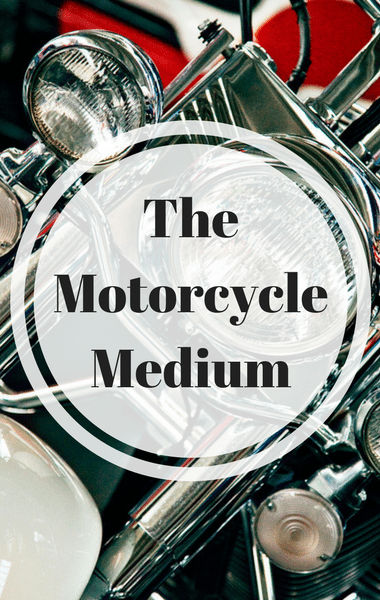 Colette Baron-Reid, known as the Motorcycle Medium, joined Dr Oz to talk about how she went from rock bottom to psychic medium. (tomasfano / Flickr)

Dr Oz then shared that 72% of Americans believe in an afterlife and his audience for the show was made up of both believers and skeptics. He spoke to several members of the audience to hear both sides and to the skeptics, Colette wanted to say that she used to be a skeptic herself. She explained that for years, she felt that she’s couldn’t quantify what she was doing. She knew the integrity of what she was doing was crucial because she was clean and sober and had to always be honest. But then when she stopped debating it, she claims she didn’t become a believer, she became a knower.