After playing a round of $100,000 Pyramid with his pal Rhenotha, Dr Oz wanted to show Michael Strahan exactly how he prepared to make an appearance on Michael’s game show. Because it involves thorough knowledge of a lot of topics as well as quick thinking, he knew he had to practice before he got on set. Plus, Dr Oz is incredibly competitive!

Dr Oz trained with his director Scot who challenged him to guess everything from “bodies of water” to “greasy things.” He then had to practice with people behind the scenes at $100,000 Pyramid before actually making his appearance on the show. Fortunately, Dr Oz didn’t seem too nervous.

Michael explained that his guests probably prep, especially give that they’re trying to win someone some money. But overall it’s all about quick thinking because each round has a potential pay off. Plus you can end up winning $50,000-100,000.

Dr Oz: What Happens To Your Brain During Game Shows 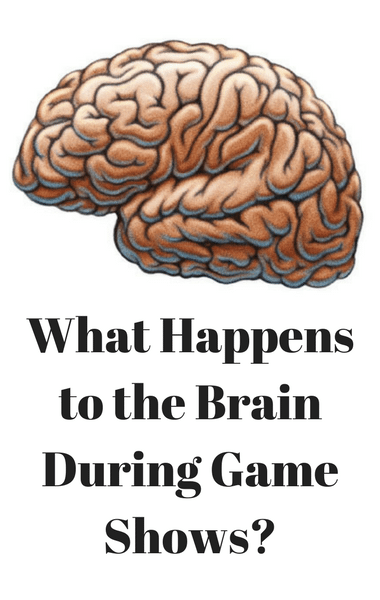 While talking to Michael Strahan about $100,000 Pyramid, Dr Oz explained what happens to your brain during game shows. (isaacmao / Flickr)

Dr Oz then explained that when you watch game shows, it can actually exercise your brain’s reward center, which is one of the reasons why game shows are so popular. You also get stage fright, however, which Michael claims he even gets. It’s called social anxiety and it starts in a deep part of the brain called the amygdala, which is the brain’s alarm system. It’s sending messages all the time to the pre-frontal cortex where decisions are made. That’s why panic can sometimes prevent you from thinking.

Michael added that he noticed those who do well in the game are very calm and the people who get too excited tend to have more trouble.