The heroin epidemic is tearing our country apart and new statistics showing a surprising increase in drug-related deaths in women aged 25-55. We are now losing more lives to heroin than car accidents.

A young woman named Danielle shared with Dr Oz that she grew up in a small town as an honors student with plans to go to college. When she turned 18, she got pregnant with her first daughter. She struggled as a single mom and got pregnant with her second daughter a couple years later. She suffered from a few medical issues and was advised to get a hysterectomy. She was prescribed Oxycodone after her surgery.

Dr Oz: The Road To Addiction 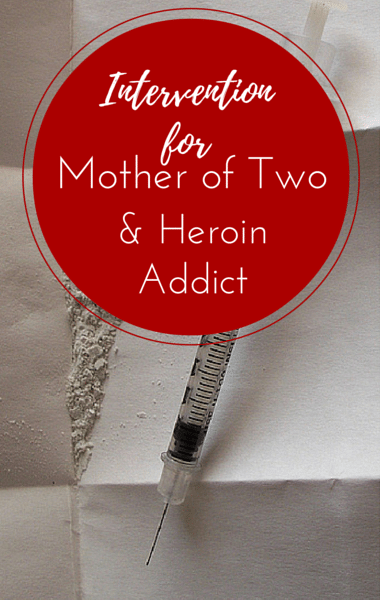 Dr Oz sat down with a mother of two who has been using heroin for seven years. Were they able to convince her to get the help she desperately needed before it was too late? (dkalo / Flickr)

The first time Danielle took the painkillers, it relieved all the stress she felt as a mom. Her doctor suddenly cut her off, which led her to Oxycontin and then morphine. That all became too expensive, which is why she switched heroin, which was cheap and easy to get. She’s now been using heroin for seven years. She starts her day with heroin and shoots up four times a day to maintain her high. She even took Dr Oz cameras with her as she went on a run to get six bags of heroin.

She admitted that she feels a lot of shame as a mom, especially because her oldest daughter is 12-years-old, which means she’s old enough to realize what’s going on. Her daughter knows she uses drugs and is an addict. She broke down realizing that if she didn’t stop, one of her daughters could be sitting in her position one day.

Danielle woke up in the hospital a year ago, and was told her heart stopped and doctors had to revive her. She thought that was rock bottom, on top of her six trips to rehab, but even a 90-day stay couldn’t prevent a relapse because of stress.

Danielle then sat down with Dr Oz on set, saying the video was hard to watch. She admitted to feeling ashamed and embarrassed. She just used heroin yesterday, explaining that she feels the need to use or else she’ll go through withdrawals and feel sick. She admitted that the only reason she didn’t use today was because she was in New York and didn’t know anyone there.

She knew that if she were to die, her daughters would likely suffer because of it, and they would probably dwell on their mom being a drug user for forever.

Danielle’s mom Lori then joined Danielle and Dr Oz, revealing that she was scared every day that her daughter wasn’t going to make it. She was the one who wrote into the show, because she wants the old Danielle back. She acknowledged that she knows Danielle has it in her to get better, and showed a lot by coming to the show, but she struggles every day with cravings.

Danielle shared that she has a lot of the same coping skills as her mom, which is why Dr Oz wanted to give her 12-year-old the opportunity to speak to her about how this all was affecting her. Dr Oz kept her anonymous as she shared that she felt like she couldn’t rely on her mom, because she’s always high or in bed. She broke down saying she didn’t know what she would do if she didn’t have her mom, although she wishes she could do more with her mom each day.

Danielle said she wanted help and was ready to change. Dr Oz welcomed a world expert, Heather Hayes, a board-registered interventionist. Danielle said she was open to hearing her options, but said she didn’t want to leave. Danielle kept saying “I need to think for a little bit” even after her mom made it clear she would take care of her daughters. Danielle had no problem admitting she was an addict.

Robert Budsock, President and CEO of Integrity House, explained that at his facility, they treat addiction like a chronic disorder. They use a medication-assisted treatment to take away intense cravings and fear of withdrawal symptoms. Then, they use support to be sure she would enter recovery and sustain recovery for a long time.

Dr Oz then revealed that he packed a bag for Danielle and there was a car waiting outside. Danielle immediately turned to her mom and said she wasn’t leaving. Dr Oz told Danielle that she was finding yet another way to avoid a gift, but Danielle argued she wanted just 10-15 minutes to think. “You’ve had your entire life to think about it,” he responded.

Dr Oz told her she was dying both on the inside and outside, and didn’t understand what would change between then and 15 minutes from then. The screen then cut to the words “Shortly after taping our program, Danielle agreed to enter a 28-day treatment program for heroin addiction. The odds are challenging, 40-60% of addicts relapse in the first year… most in the first week.”