When you hear the word parasite, it can cause some pretty uncomfortable feelings. That’s why it’s all the more surprising that some people are actually purposefully swallowing parasites to help their bodies heal. It’s all part of an underground movement called the “parasite underground.” Sean Ahrens has Crohn’s disease, an autoimmune disorder, and he swallows parasitic worms. In a video, he explained that he believes the worms may help treat his illness in a way that modern medicine hasn’t been able to.

He swallowed a vial of pig whipworm eggs and since then, reported that his Crohn’s disease has gone into remission. But Sean admitted that he wasn’t sure if it was because of the worms, dietary changes he made, or the medication he was on. Biologist Dan Riskin joined Dr Oz to discuss the parasite underground. Dan explained that the idea is that the immune system can actually get bored and start attacking the wrong things, because it no longer has parasites that it constantly has to fight off. 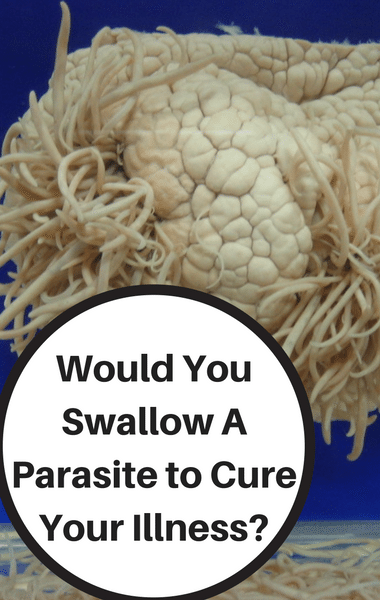 Could purposefully ingesting a parasite actually help cure an illness? And is it safe? (amonroy / Flickr)

The idea is that if you give your immune system some parasites to fight, it may leave the rest of you alone. Parasites can be taken in pill form, or with a patch on your arm that allows the worms to enter through your arm. Eventually, they make their way to your intestines and eventually secrete a material that protects the walls of the intestines from bacteria or other problems. The parasites aren’t designed to survive in humans, so they only live for approximately three weeks before more parasites have to be ingested.

It sounds like it could be worth trying right? It turns out that online communities are growing, while people are sharing their own personal experiences. The FDA doesn’t approve it, however, and it’s actually not legal to buy and sell parasites. It can go entirely wrong, because they are parasite, which are designed to attack the human body. Some people can get anemia or worse, which is why they’re not recommended.