Dr Oz: Can You Will A Medical Miracle To Happen?

Can you actually will a medical miracle to happen? Can positive thinking change your health? He welcomed a woman who went through every parents’ worst nightmare but says we can all tap into a “miracle mindset” to overcome any struggles life sends your way, even if there is little hope.

JJ Virgin recalled the day her son was involved in a hit and run accident. He had been hit by a car and suffered broken bones, brain damage, and a torn aorta. Grant had been airlifted to the local hospital after being hit and at first, for JJ, it didn’t feel real.

The doctors wouldn’t give JJ and her husband any information. They were told their son had been in a really bad accident and that they couldn’t operate on the torn aorta there because if they did that, his brain would bleed out. But the aorta needed to be fixed or else it would rupture. It was as if they were told their son could have his heart or his brain, but not both.

JJ threw out the idea of taking Grant to get help at Harbor-UCLA Medical Center where there was a doctor that could the kind of surgery Grant needed without using blood thinners. The chance Grant would survive surgery was so slim and even if he survived the surgery, he had so much brain damage that their son wouldn’t be normal. JJ was told my doctors they “just had to let him go.” 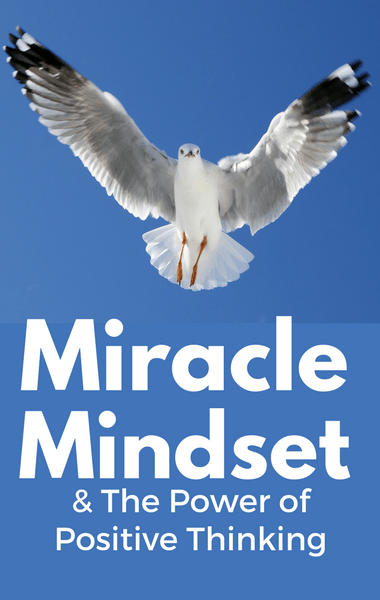 JJ Virgin sat down with Dr Oz to talk about her son’s hit and run accident and what it taught her about the concept of the Miracle Mindset. (volvob12b / Flickr)

Instead, JJ decided to fight for her son’s life.

Wellness expert JJ Virgin joined Dr Oz to talk about that horrible day her son was struck by a hit and run driver and left for dead. Obviously, things didn’t look good. JJ said it was as if she watching a movie and that night when she walked in to see her son, half is body was covered in road rash and bones were sticking through his skin. He had a tube coming out of his brain. She even admitted to distancing herself because the doctor told her he had a .25% chance of surviving, to which her 15-year-old son said “We’ll take those odds” because all you need is a chance.

JJ strongly believes positive thinking brought her son back from the brink of death. At first she panicked, but then she immediately went into action mode, trying to figure out what she needed to do to save her son. She told her son that he was going to be better than before but he had to fight and his family was going to fight for him. She didn’t want him to see any fear.

With a brain injury, JJ didn’t know what to expect. She was proud to say that her son is now better than before the accident. A couple weeks ago she asked her son if he would still cross the street that day and he said “Yes, I cross the street, because I’m better because of it.”

Dr Oz then wanted to ask JJ about the concept of the “miracle mindset” and how it allowed Grant to survive. JJ explained that there’s a to of science behind resilience, forgiveness, gratitude, and more. At the time she was in autopilot but she’s put practices into her life like being open to possibility, practicing forgiveness, and being resilient, and those are what saved Grant. “Fortunately, because he grew up with me,” JJ said about her son Grant. “He had them too.”

One of the most important things was that they were open to possibilities. She asked the right question: “How do you get to be 110%?” She started finding answers all around. They began with high-dose fish oil right there in the hospital. Then when Grant got out of the hospital they started using CBD oil, which is marijuana oil, to stabilize his mood.

She began noticing his food was more stable and he had less anxiety, because with a brain injury you can go deep into depression and suffer from a lot of anxiety.

Dr Oz: How Can Positive Thinking Change Your Life?

But how can positive thinking save those who are paying attention right now? JJ explained that there’s a concept called emotional contagion which means emotions are contagious. There’s a good chance you’ve experienced the concept already in your life. She knows firsthand that how you show up changes everything. She kept showing up to the hospital saying her son was going to be 110%.

The orthopedic surgeons and doctors said they were just trying to get Grant to be able to walk again but JJ told them “No, treat him like he’s Kobe Bryant” and that became contagious.

JJ believes we are all stronger than we think and we simply have to change our mindset. But what about those who have seen loved ones get hurt or may have even lost them and tried, but didn’t get the same happy ending?

JJ admitted she really thought about that a lot because Grant was suicidal. When writing her book, she realized she wasn’t writing about Grant’s success, but rather how they all showed up. She to know for herself that she tried everything and brought her best self to the fight.