The Motorcycle Medium Colette Baron-Reid was with Dr Oz when he allowed her to go ahead and read members of the audience. She stood up and immediately called out for someone with a connection to diabetes or family members who died of diabetes. She zoned in on a woman who raised her hand, explaining that both her parents had diabetes, although they didn’t die from it, and she was diagnosed with type 2 diabetes herself. 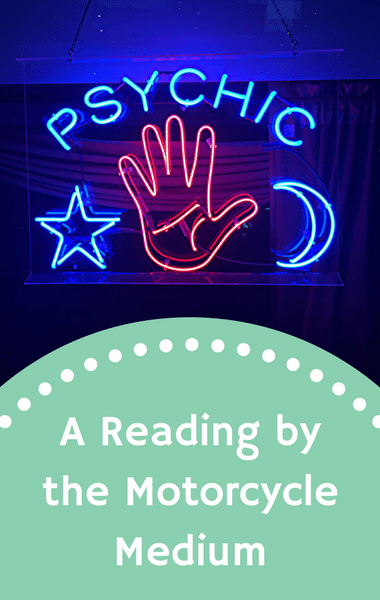 The Motorcycle Medium, Colette Baron-Reid, did a reading for one audience member who lost both her parents. What did her late mother want her to know? ([email protected] / Flickr)

Colette correctly stated that the woman grew up with three other siblings and was the one sibling who felt like she always had to fix everything. The woman felt like she always had to be the caretaker but she was never doing enough, but the mother wanted to make it known that she did the best job any daughter could have done and then some. She wanted her daughter to stop thinking she didn’t do enough. She also wanted her daughter to know that she didn’t have to be needed to be wanted. She also thanked her daughter for washing her because she was a really private person.

Colette also explained that her mother was happy again with her father, despite them living in anger for so long. The woman then turned to Dr Oz and said “that was so dead on.” She explained that her mom and dad’s relationship was so volatile and she felt that at the end of her mom’s life, she needed to be there every single day for her.