Approximately six months ago, two Dr Oz viewers, Kelly and Sheena, decided they were ready to change their lives once and for all. He followed them before, during, and now after their journeys to weight loss, and he was thrilled to welcome the two women as they revealed their incredible transformations. Kelly was up first, and she underwent a brand new weight loss procedure called the balloon.

Kelly is 50-years-old and the married mother of two teenage boys. She chose the gastric balloon procedure because it was less invasive than other options. Kelly strutted out to reveal her weight loss transformation, showing off a slimmer figure and bright smile. Before her journey began, she weighed 188 pounds. In those six months, she lost 28 pounds. 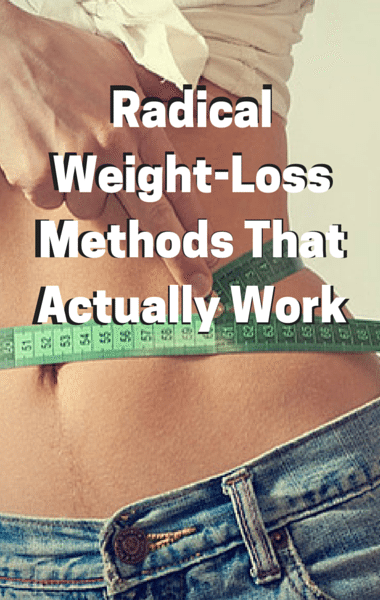 Dr Oz followed two women as they underwent weight loss surgery, then caught up with them six months later to see if their chosen method finally helped them slim down. ([email protected] / Flickr)+

To help her lose the weight, she learned to meal prep. On Sundays, she’ll make big batches of food for the week ahead, including tuna with celery or cucumber, meatballs with sauce, and spaghetti squash.

Kelly’s surgeon Dr Michael Snyder joined the show, explaining that the gastric balloon is a great option for those who need to lose 20-30 pounds but don’t want to undergo surgery. It’s a good option for those who don’t qualify for more invasive gastric surgeries. Kelly was taught how to make necessary lifestyle changes, but admittedly she had some hard times. Around the holidays, she noticed she was constantly surrounded by sweets. Dr Snyder added that indulging is part of life, but the balloon helps you feel more full, which means you eat less overall.

Kelly will have the balloon removed soon, and she admitted she’s a little worried about feeling hungry again, but she’s figured out a good pattern that’s worked for her.

Next, Dr Oz turned to Sheena, who chose to get the gastric sleeve procedure. She’s 33-years-old and believed that the gastric sleeve would be the best option for her to finally slim down and get healthy after struggling with her weight most of her life. Sheena weighed 245 pounds when she started her journey, and when she joined the show, she confidently showed off a weight loss of 61 pounds after just six months. She explained that she was working out and trying to eat better, and planned to keep moving forward.

Sheena’s surgeon Dr Marina Kurian explained that Sheena underwent the procedure simply because she wanted to get healthy, not because of a more serious medical condition. That has actually helped her journey, and there’s denying her dramatic success. Sheena explained that a typical meal for her now is about 75% less than what she used to eat, and she feels full after eating.

Dr Kurian then explained that the gastric sleeve could work for someone with 70-100 pounds to lose and who’s motivated to get healthy. She added that some data suggests 20% of patients can experience inadequate weight loss or weight regained with the sleeve.

Dr Oz firmly believes that weight loss surgeries are the most under-performed surgeries in the United States. To help get rid of some of the fear holding people back, Sheena, Kelly, and their surgeons were ready to answer questions from the audience. One woman wondered if they felt as if they were still dieting, and Kelly said she doesn’t because she allows herself cheat meals every now and then. Another woman wondered if they could eat whatever they wanted, but only in smaller amounts. Sheena acknowledged that she could certainly eat whatever she wanted, because she has a healthy relationship with food and the surgery was the best decision she’d ever made.

As for the woman who wondered about the cost of the gastric balloon, Dr Snyder answered that it typically costs $7,000-8,000 depending on where you are in the country, because it’s not covered by insurance. The sleeve is covered by many insurances, and doctors are hoping the balloon will be covered soon.

Are you or someone you know considering weight loss surgery? Does the balloon or the gastric sleeve seem like a good option for you? Were you able to achieve weight loss success another way?