Dr Oz: Are Your Wine Hangovers Worse Than Ever?

More people are drinking wine now than ever before, approximately 893 million gallons a year in America! But have you ever had a hangover after drinking wine? How much wine does it typically take for you to have a hangover the next day? Dr Oz explained that the reason he brought it up was because he felt as if he was getting more side effects now from drinking the same amount of wine, than he did years ago. Mark Schatzker agreed and wanted to look into how wine has changed in recent years.

Mark traveled to Vineyard 48 to learn how wine is made. He learned that the main ingredient added to wine is sulfur, otherwise known as sulfites, as a preservative, because without it, the wine could potentially spoil. Vineyard 48 likes to keep their wines as natural as possible, so they use as little sulfites as possible, but for mass production, more sulfites have to be used. It’s definitely possible that the higher levels of sulfites could contribute to a harsher hangover. The FDA doesn’t require a manufacturer to share how much sulfites are in the wine, only that they contain them at all. 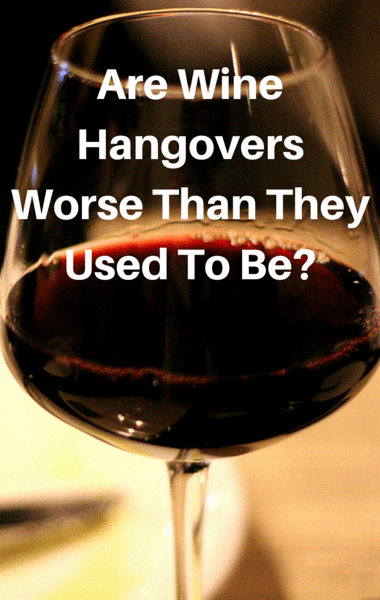 Do you now experience more hangover symptoms from wine than ever before? Dr Oz looked at possible reasons for the change in the popular drink. (jing-a-ling / Flickr)

Mark then learned that many people have sensitivites to sulfites which can cause face flushing and a severe morning-after headache. A hangover is basically the result of inflammation and dehydration. One reason that someone could experience hangover symptoms after just one or two glasses of wine, could be the body’s overall interaction with the alcohol, or an interaction with other medication that was taken. It’s also possible that the alcohol content could actually be higher than stated.

According to the Liquor Board of Ontario, alcohol labels aren’t as accurate as you may think. They found that nearly 60% of 100,000 bottles tested had more alcohol in them than the label showed. Mark packaged up some bottles of wine before sending them off to a lab to find out just how accurate the labels truly are.

Dr Oz: How Accurate Is Alcohol Content On Wine Labels

Mark Schatzker and Dr Oz tested 28 wines to find out the accuracy of the labels and the amount of sulfites in each wine. They discovered that 20 out of 28 wines didn’t have the same alcohol content as was listed on the label, but most were just .5% of less off. One of the wines was labeled 14.6% alcohol, when it actually contained 16.4% alcohol. Laurie Foster, a wine expert, explained that, that particular wine was labelled as organic, so no wine types are “immune” to the errors.

Some wineries can’t afford to send their wine to a lab and instead test the sugar in their grapes to get an estimate of what the alcohol will be. Some wineries could also purposefully mislabel their wine because any wine over 14% alcohol is taxed at a much higher rate.

As for the sulfite content, of all the wines tested, they were all under the 350 parts per million level set by the government, and most were under 100. Some even were close to no sulfites at all! Laurie then shared that if you actually go to the grocery and buy dried fruit like apricots, you could be consuming 1,000 parts per million, and no one has ever gotten a hangover from apricots!

Mark then added that wine has actually increased in alcohol content in recent years, which could be the exact reason your hangover symptoms are a lot worse now than they were years ago! If you have a problem with hangovers, try different wines to learn what works for you.