Dr. Oz: What is a Cryptic Pregnancy?

Dr. Oz talked about women who don’t know they’re pregnant until they go into labor. It’s called a cryptic pregnancy and it happens more often than you think. 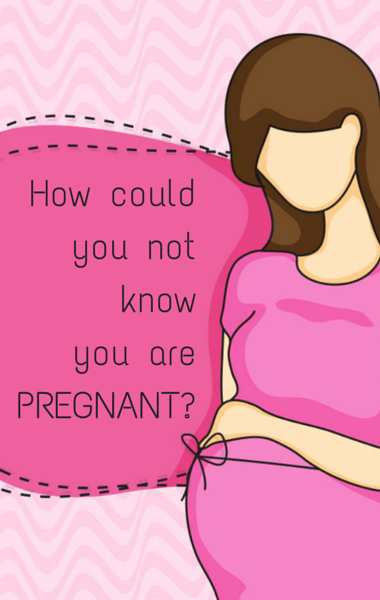 Dr. Oz talked about cryptic pregnancy, speaking with a woman who didn’t know she was pregnant until the day she went to the hospital. (Allies Interactive / Shutterstock.com)

Dr. Oz talked to a woman this actually happened to named Amanda. Amanda and her husband Billy were high school sweethearts. They struggled for years to have children, but had no luck. Believing she would never have a baby, Amanda dismissed any signs of pregnancy. She was working eight to 10 hours a day, and when she started to gain weight, she thought it was just stress. Her menstrual cycle has always been irregular, so when it didn’t come, she blamed that on stress, too.

Billy came home one day to find his wife’s vehicle in the drive, even though she was supposed to be at work. When he spoke to her, he learned she didn’t know who she was or who he was. So he rushed her to the hospital. It turned out she’d had a seizure. As doctors tested her, they learned she was pregnant and that she was in labor.

Dr. Oz: I Didn’t Know I Was Pregnant

Amanda’s blood pressure was 223/197 and she kept having seizures. Doctors put her into a medically induced coma and sent her by helicopter to a national hospital. She had an emergency C-section. Amanda remained in a coma for three days. When she woke up, she learned she had a baby.

Amanda and the baby are now in perfect health. When Amanda woke up from the coma, Billy came in and explained to her about the baby. She said it was a total shock to her system because she hadn’t thought she could have a baby.

Dr. Oz shared the symptoms of pregnancy so people at home would know. The first symptom is weight gain, which Amanda acknowledged she had gained, although she didn’t have to get new clothes. Another symptom was nausea. Amanda got sick one time, but she thought she’d eaten something bad.

She also said that weight gain can be variable during pregnancy. Some people who are heavier may not notice the weight gain.

Amanda never felt the baby kick, but Billy did feel it one time when he had his arm around her. He thought it was just gas. Dr. Nachtigall said this is normal. Some babies don’t move as much as others. Amanda might have also thought kicks were cramps or indigestion. If the placenta is right in front of the uterus, it might also be harder to feel the kicks, because it acts as a cushion.

Amanda and Billy had no warning of the baby before it came, but thanks to their community they had a room full of stuff for the baby.

Dr. Oz then brought the little baby girl out. She was a beautiful, healthy young girl. Amanda lost her mom in August of 2011 and she said she believed God brought her the baby.