Dr Oz: She Didn’t Know She Was Pregnant

Dr Oz shared the incredible story of a woman who shockingly found out she was pregnant just an hour before giving birth, thinking that she was simply suffering from severe stomach pain. The 47-year-old woman, named Judy, was rushed to the delivery room and one hour later, delivered Caroline Rose who weighed eight pounds, two ounces. Caroline was Judy and Jason’s first child after 22 years of marriage.

Judy sat down with Dr Oz and admitted that she didn’t remember much about that hour at the hospital before she gave birth, but remember simply wondering how it could’ve happened. Many women were most shocked by the fact that that Judy had no idea she was pregnant and didn’t notice anything different about her body. Judy explained that so many of the symptoms were similar to “just getting older” and she never had morning sickness and only gained about 18 pounds, which she had done before. 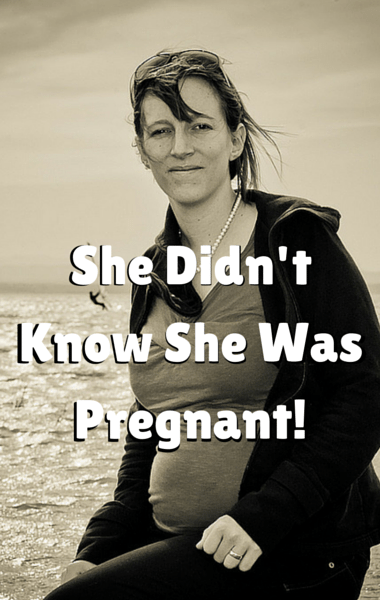 Dr Oz sat down with a woman who didn’t know she was pregnant until an hour before her baby was born. ([email protected] / Flickr)

She and her husband never really tried to get pregnant, but always believed that if it did happen, they would be okay.

Dr Oz explained that what happened is called a cryptic pregnancy. Cryptic pregnancy is defined as someone who is at least 20 weeks pregnant and doesn’t know it. It happens to one in 450 women, about 9,000 a year, which means it’s so much more common than you would think! Dr Oz showed a picture of Judy when she was six months pregnant, and another when she was eight months pregnant, showing that she definitely didn’t look pregnant.

He further explained that the uterus is angled forward, causing the stomach to grow outward. But if your uterus is tilted back, the baby then grows more up instead of out. Most women have nine months to prepare for a baby, and Judy had just one hour. She explained that she has a lot of good friends who gathered together to get her everything she needed. She had a baby shower a few weeks later.

Dr Oz then asked baby Caroline Rose and Judy’s husband Jason to join them on the show. Dr Oz was thrilled to hold her, who was bright eyed and happy. Jason said it has humanized him, because he generally wouldn’t smile or laugh, but he does all the time now with Caroline.

Dr Oz then welcomed Dr Jessica Shepherd, an OB/GYN, who explained that education is just as important in cryptic pregnancies, as it is is normal ones, it just occurs later on or even after the baby is born. Dr Oz also spoke to another mother, Katie, and her 1-year-old daughter Ellie. Katie shared that she went to the hospital for extreme stomach pain and was there all day. At 10:15 she got an ultrasound and gave birth at 11:06 to a 10 pound baby.

Dr Shepherd explained that women who have irregular cycles or a history of infertility are more at risk for cryptic pregnancies, as well as women in perimenopause or those who had a recent pregnancy. A lot of times breastfeeding will prevent conception, but it can still happen. If a woman has a low body fat percentage or recently stopped using birth control, they could also be at risk for a cryptic pregnancy.

A woman could experience a false negative urine and blood pregnancy test. It could be that the woman took the test too early. Also, women experience continued “period-like” bleeding through their pregnancy, and think it’s a regular period. Also, they won’t experience classic pregnancy symptoms like morning sickness and a lot of weight gain. If you’re of reproductive age, pregnancy should always be considered so it’s worth checking.

Do you know someone who found out they were pregnant at the last minute? What would you do if it happened to you?