Energy drinks promise to give you all you need to get through the day and up until now they have been marketed toward men, but more and more companies are creating “female-friendly” energy drinks. The question is, are they right for you?

Kristin Kirkpatrick, a registered dietitian, says we have typically seen energy drinks being sold to college kids and athletes, but many brands have recently ventured into a new demographic as they hope to get tired moms to purchase their drinks. Here are some of the most popular “buzz” words found on energy drink bottles. 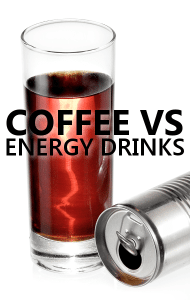 Dietitian Kristin Kirkpatrick says the best way to get an energy boost is by drinking a cup of coffee because there are too many risks involved with energy drinks.

Kristin says that while these products make big promises, at the end of the day it comes down to the amount of stimulants found in each of them that will give you an energy boost.

Regardless of how you get your daily caffeine, Dr. Oz says it is recommended you consume no more than 400 milligrams per day.

The next set of buzzwords that are found on most all energy drink labels are:

Dr. Oz says the final buzzword most commonly found on the label of female-friendly energy drinks is “Calorie Burning”, but is that a legitimate promise? Kristin Kirkpatrick says that any product that contains caffeine will offer some metabolism-boosting benefit, but in the case of these energy drinks they are also adding some sort of weight loss supplement to the product.

Neither of these is regulated by the FDA, so you have to be really careful since they might not be right for you and your body. Kristin Kirkpatrick says if a woman wants a boost of energy she would recommend a simple cup of coffee instead of an energy drink.

Dr. Oz says he prefers a healthy diet, that includes coffee, to boost your energy, but if you must drink energy drinks he suggests the following guidelines.

Have you ever tried an energy drink to give you a boost? What did you think?