Dr Oz set out to conduct the largest study he’s ever done on women’s overall health. Most notably, Dr Oz found “It’s hard to be a woman in 2016.”

Dr Oz traveled across the country to hear from real women in New York, Philadelphia, Atlanta, Long Beach, and Houston. It was reported that 57% of women feel stressed out, and all five women highlighted admitted to high levels of stress. Approximately 82% of women think about their body insecurities at least once a day, which was consistent with the attitudes of most women Dr Oz’s team spoke to. Additionally approximately 62% of women said less money worries would make them happier.

Dr Oz then sat down with three of the women who admitted to their own personal health struggles. The women recognized that they struggle with certain stressors that most men don’t, particularly when it came to body image. Dr Oz then explained that he actually spoke to nearly 1,500 women across the country who shared the same struggles, calling it The Oz Report on Health in America, The Story of Women 2016. 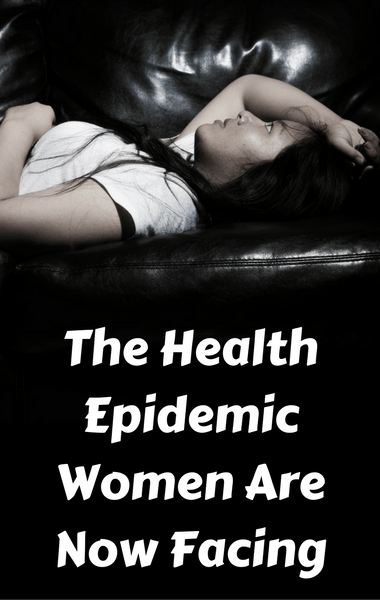 Dr Oz explained why stress and loneliness are becoming the new detrimental health crisis for women in America. (sodaniechea / Flickr)

Dr Oz sat down with expert Mike Berland to talk about the results of the poll, explaining that they wanted to find out more about life satisfaction among women. Surprisingly, the average woman’s overall satisfaction with her life is 6.7 out of 10, which is far too low. Secondly, on a scale of 1-10, when asked how happy they are, the average woman said 7.1. “Basically, you’re all living at two-thirds of who you can be,” Dr Oz stated.

Would you believe that only 24% of women sleep 8 hours or more, while 42% sleep less than six hours a night? On the other hand, social media actually affects the lives of most women in a positive way. For a lot of women, it’s a great way to stay connected with people. Most women also believe their life expectancy is in their hands.

Dr Oz then brought in three women to contribute to the conversation, first revealing that 57% of women say they’re stressed often. Mike Berland explained that women are actually most stressed over terror attacks, the election, finances, and gun violence, which are all things women can’t control. Tia Brown admitted that she would think finances are the biggest concern, while Carolina Bermudez said for her, it’s about balance. Dr Jennifer Ashton acknowledged that marriage can cause stress, even if it’s a healthy, happy marriage.

Dr Oz considers loneliness to be as detrimental to a woman’s health as obesity. Mike Berland revealed that 60% of women spend more time reading about friends on social media than actually talking to them. Approximately 75% of women spent more time “liking” posts than commenting on them, which he referred to as “drive by friendships.”

Third, 81% of women revealed that looking at friends’ social media posts makes them feel energized, but 60% feel lonely or isolated. When you look at those responses as a whole, there are obvious inconsistencies. Dr Oz stated that he felt as if women were observing a perception of reality that wasn’t really happening, because those “drive by friendships” aren’t the same as in-person ones.

To find out if you could be at risk for the new adult loneliness, see how many of the below true or false statements are true for you: