Talk show host Sheryl Underwood and gynecologist Dr Evelyn Manaya joined Dr Oz to discuss hormone replacements therapy, and whether it’s helpful or harmful for women. Sheryl admitted that when she was going through menopause she suffered from severe night sweats and hot flashes, had no desire for intimacy, suffered severe mood swings, and more. She saw her doctor and began hormone replacement therapy, calling it a “God-send!”

Sheryl explained that she wants women to know that options are available to them. It’s important for women to talk to their doctor, especially about the side effects. Dr Manaya explained that, although it’s not that frequent, when you increase estrogen by itself there is an increased risk of breast cancer. For women who still have their uterus, it’s important to take both estrogen and progesterone. 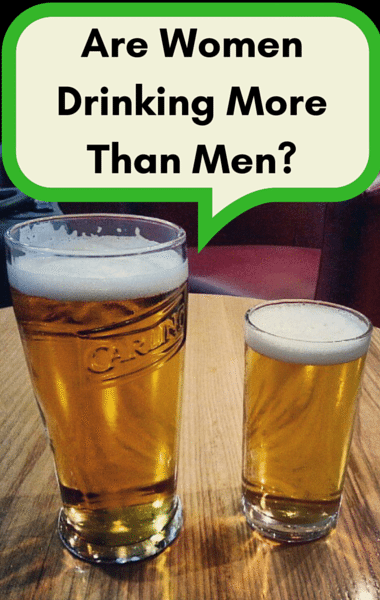 Are women really drinking that much more than they were 10 years ago? Sheryl Underwood joined Dr Oz to discuss hot topics in women’s health. (simonscarfe / Flickr)

Dr Manaya further explained that heart attack and stroke risks increase exponentially when on hormone replacement for more than five years. She claimed that because Sheryl began her treatment immediately after menopause, it actually has a protective effect. Sheryl thanked her doctor at Cedars-Sinai for taking care of her.

While sitting with Sheryl Underwood, Dr Oz then wanted to switch gears to talk about another health topic affecting many women. According to Dr Oz, a recent scientific review found that the drinking gap between men and women is closing. The review found an increase in the number of women who are drinking, approximately 13 million more women. Also, women have reported drinking on more days of the month. Males actually reported drinking less than 10 years ago, and on fewer days of the month.

Sheryl began by saying that she believes women are automatically more honest than men. Plus, women are now living better lives. Dr Oz added that women are now facing the same issues as men which can mean more stress. Sheryl joked that women also have so many great shows to watch on TV now, and they have to have a cocktail to enjoy with each show! Dr Oz asked Sheryl if she would ever try a 30-Day Dry Out and she explained that there’s an occasion every month that requires drinking, joking that it really wouldn’t be possible for her.