For the first time ever Dr. Oz is opening up the shame files and revealing your most mortifying moments and biggest mishaps. You may have thought your secrets were safe, but Dr. Oz’s team uncovered some embarrassing moments that are simply too good not to share!

Dr Oz: Why You Should Not Hold in Pee for Too Long

Dr. Oz’s first brave guest, Yvette, says her most mortifying moment happened one night while on her way home. She tells Dr. Oz that she suddenly had to pee really badly so as she got closer to home she began to speed up, but was then stopped by the police. She begged them to allow her to go, but they refused and that’s when she wet herself right there in her car with the police officer standing nearby. Ultimately, he let her go without giving her a ticket, but her embarrassment will probably live on for a very long time. 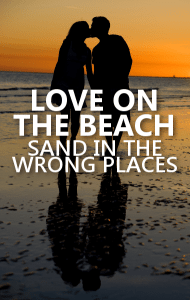 Dr Lauren Streicher says if you get sand in your vagina it is important to rinse out right away in order to prevent an infection.

Dr. Oz says it can actually cause health problems if you hold in your urine for too long, so it is important to train your bladder and make regular bathroom visits to prevent an emergency situation.

Dr Oz: How to Remove Sand from Your Vagina

Tavia is Dr. Oz’s next guest with an embarrassing story to tell. She says that she and her partner were on a romantic trip when they decided to throw caution to the wind and make love on a sandy beach, but then Tavia suddenly found herself in excruciating pain when she realized there was sand in her vagina.

She tells Dr. Oz that the pain lasted for about three days, but she was way too embarrassed to call her doctor about the problem. Dr. Lauren Streicher assures Tavia that gynecologists often rinse unusual things from a woman’s lower area, so sand would not be all that different.

Dr. Oz says he was surprised by the number of women who wrote in with very similar stories to Tavia’s, so Dr. Streicher explained what a woman should do if something like this ever happens to her. She says you need to immediately rinse with a Betadine Douche in order to cleanse and prevent bacteria from causing an infection. She added that you need to continue rinsing with water until all the sand is removed.

The final case in the shame files involved a woman named Julianna who shared her very embarrassing story. Julianna says she was out to dinner with a few new co-workers when she thought she felt a burp coming on, but she actually ended up throwing up a little in her mouth. Too embarrassed to excuse herself from the table, she just swallowed it and carried on with the dinner. Dr. Oz says the official name for this is called a “vurp” and is more common than you might think.

Dr. Oz says his first piece of advice is to never swallow a vurp because it contains a lot of acid and could cause damage to your esophagus. He also recommends avoiding spicy foods, chocolate, and alcohol because they are all big culprits.