Sheryl Underwood joined Dr Oz to open up about her struggle with fibroids, which affects 3/4 of all women at some point in their lives. Would you know what to do if you doctor told you, you had fibroids? Sheryl walked out with a German Chocolate Cake, which is actually Dr Oz’s favorite. Sheryl then shared that because she’s on The Talk, she’s used to talking about women’s issues, and saw it as an opportunity to talk about things that a lot of women won’t talk about.

Dr Oz reported that African American women are actually twice as likely to develop fibroids than other women. Sheryl decided to undergo a hysterectomy which was a difficult decision. Her fibroids came in her 30’s and she was hoping to get married and have children, but after her fibroids were removed, her doctor told her she needed to have a baby. She wasn’t at a point in her life where that was possible for her, so when the fibroids came back in her 40’s she knew having a baby wouldn’t happen for her. She then underwent the hysterectomy, and admitted to feeling a bit disappointed. 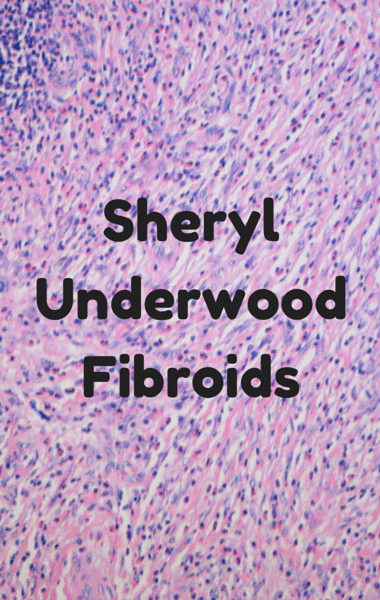 Sheryl Underwood spoke with Dr Oz about her fibroids and undergoing a hysterectomy, before another woman underwent a live ultrasound. ([email protected] / Flickr)

Dr Oz then showed Sheryl Underwood what a fibroid actually looked like, but not before she was dressed in an honorary purple Assistant of the Day jacket! He showed how a fibroid can stretch the uterus and take over the muscle, pointing out how hard the fibroid was. “It feels like bone,” she said.

If your mom or sister had fibroids, you’re more likely to get then, and alcohol and red meat could also increase your risk.

Dr Oz: What Is A Partial Hysterectomy?

Believe it or not, when it comes to fibroids, size does matter. They could be as small as a pea or as big as a honeydew melon! Sheryl had three the size of pool balls with twelve smaller ones clustered together. Dr Oz explained that inside the uterus, you can develop different kinds of fibroids, in different spots of the uterus. Is they’re causing problems, the fibroids can be cut off. If that doesn’t work, the area between the ovaries and above the cervix is removed. That’s a partial hysterectomy.

A lot of women may have fibroids and not even know it. Sheryl said she was told by several people to drink corn water, but she believes it didn’t work for her. She would drain canned corn into a glass and drink it and although it didn’t necessarily taste bad, it didn’t seem to work for her.

Dr Oz was then joined by a woman named Patricia who knew that she had fibroids, so she was ready to undergo an ultrasound right there on the show to find out just how big or bad it was. The fibroid she had was actually about the size of a softball, but hysterectomy wasn’t necessarily the immediate answer. Cancer from fibroids is incredibly rare, because fibroids are the most common benign tumor of the uterus.